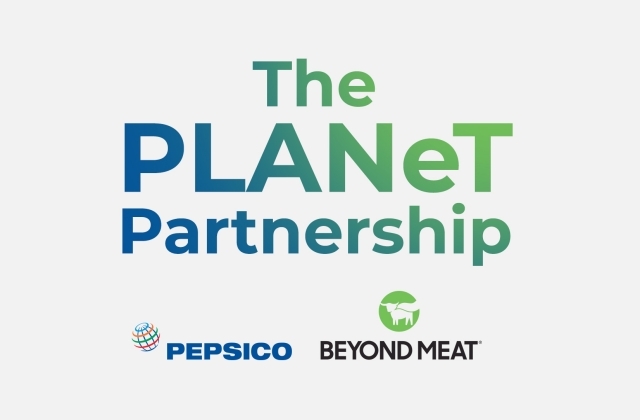 Photo by: Beyond Meat Press Release

PepsiCo and Beyond Meat have previously signed a joint venture to create plant-based food items. Now it was said that the companies have already come up with their first product and it is a snack that will be launched soon.

Bloomberg reported on Wednesday, Jan. 19, that under PepsiCo and Beyond Meat’s joint venture, they will be releasing the plant-based jerky, and this will be their very first food item under the project that is called The PLANeT Partnership. As mentioned earlier, the aim of this team-up is to develop vegan snacks and beverages together.

Insiders who are familiar with the subject stated that PepsiCo and Beyond Meat have already set up a test to see if the former’s marketing engine can successfully build eagerness for plant-based meat and snack items.

The firms first revealed about their Planet Partnership project in January of last year. The joint venture will push the companies to bring innovative snacks and drinks to the consumers.

“Plant-based proteins represent an exciting growth opportunity for us, a new frontier in our efforts to build a more sustainable food system and be a positive force for people and the planet while meeting consumer demand for an expanded portfolio of more nutritious products,” PepsiCo’s global chief commercial officer, Ram Krishnan, said in a press release that was published last year.

He added, “Beyond Meat is a cutting-edge innovator in this rapidly growing category, and we look forward to combining their unparalleled expertise with our world-class capabilities in brand-building, consumer insights, and distribution to deliver exciting new options.”

Meanwhile, CNBC noted that the partnership with PepsiCo will also give Beyond Meat which is literally a newcomer in the food and snack world, a chance to use Pepsi’s production and marketing expertise for its own new products.

On the part of the Harrison, New York-headquartered food and beverage company, it can go deeper into the plant-based business, which is what Beyond Meat is known for, and further grow in this field in the process. This is a big gain because the meat alternative biz is really booming these days.