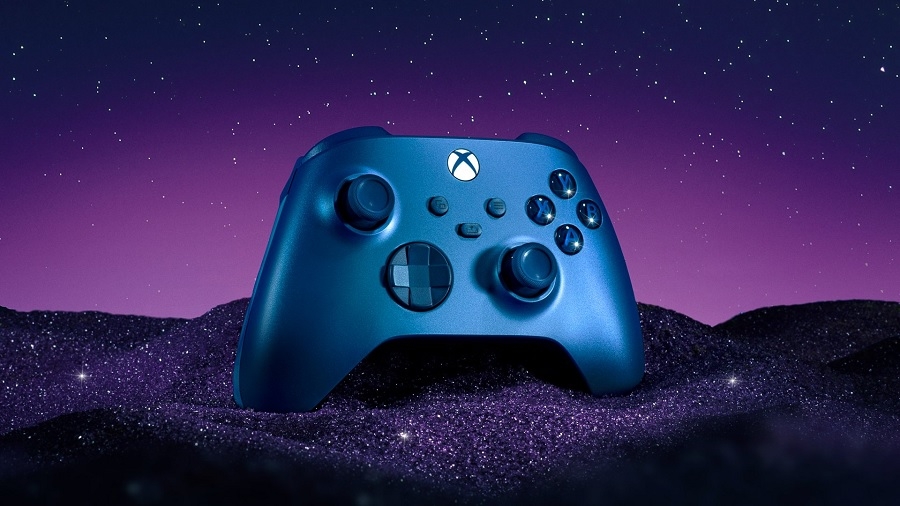 Since the Xbox Series X/S launched last November, Microsoft has introduced a series of special Xbox Wireless Controllers, and the company just added another one to the collection. The new controller, officially called Aqua Shift, comes with a sleek design and one surprise upgrade that avid gamers will likely appreciate.

As the name suggests, the Aqua Shift Xbox Wireless Controller comes in the color blue that has a color-shifting shimmering effect. It also has the basic features of an Xbox controller, such as the hybrid D-pad, the dedicated Share button, trigger, bumpers, and the back case that appears in a darker accent of blue.

Microsoft also confirmed that the Aqua Shift Xbox Wireless Controller would ship with one little surprise that is not present on other special edition controllers. It features a marble pattern rubber strip draped on both handles of the controller, which should give gamers a better grip on the controller.

Close up, far out. Aqua Shift’s marble grips keep you in control pic.twitter.com/L2VLND8aCI

It is not strange for Microsoft to add a bonus feature aside from switching up the designs of the special edition Xbox Wireless Controllers. When the Electric Volt and Daystrike Camo controllers were announced last March, the latter became the first special edition controller to feature “textured grip across the entire top surface of the bumpers.”

These subtle additions are not only meant to make the controller look better. They are also intended to add a little help to the user’s gaming experience. At the time, the company suggested that texture grip on the Daystrike Camo would allow players “to keep your grip locked in and on target.” Meanwhile, not too long ago, Microsoft has revived the Xbox Design Lab that lets gamers customize and order a unit of Xbox Wireless Controller.

The Aqua Shift Xbox Wireless Controller will connect to Xbox One and Xbox Series X/S. It can also be used wirelessly on Windows PC, Android, and iOS mobile devices via Bluetooth.

Xbox gamers can now place their orders for the Aqua Shift Xbox Wireless Controller through the Microsoft online store, but it will not ship until Tuesday, Aug. 31. All special edition controllers and those ordered through Xbox Design Lab are available for $69.99.