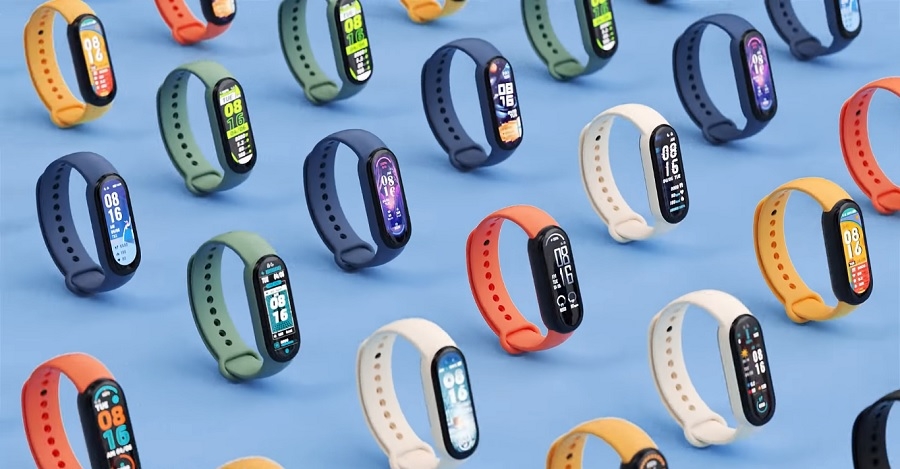 Xiaomi has unveiled the seventh generation of its budget-friendly Mi Band series. While there is not much difference that can be easily spotted in its design, the company says the Mi Band 7 is packed with some new features and upgrades while still keeping its budget-friendly pricing.

The Mi Band 7 was launched in China this week, and Xiaomi confirmed that it now supports an always-on display feature. This means users no longer have to interact with the device if they simply want to view the time and other display information at random points of the day.

It is also worth noting that the Mi Band 7 has a slightly increased screen size compared to its predecessor. It now features a 1.62-inch AMOLED display, while the Mi Band 6 has a 1.52-inch screen. That may not be a huge difference in number, but Xiaomi says on its website that the new band's viewing area is 25 percent bigger.

With more space on the display, Xiaomi redesigned the UI layout on the Mi Band 7 to include more information on the screen. The company also added more than 100 new watch faces that should give users more options in customizing their watch.

As for the health monitoring aspect of Mi Band 7, Xiaomi has also improved the device by including the all-day blood oxygen level tracker. The watch should now be able to monitor a user's SpO2 level throughout the day and send alerts whenever it falls below the normal level.

The Mi Band 7 will support 120 sports modes, and Xiaomi says it should have no issues when used in 50-meter-deep water. XDA Developers reports the band is now equipped with a feature that analyzes the user's activities and heart rate to come up with workout suggestions. The band is advertised with up to 15 days of battery life for normal use.

Xiaomi has now opened Mi Band 7 pre-orders in China, starting at CNY 239 or just around $36. There is likely a difference in the global pricing, but Xiaomi has yet to announce plans for the band's release in other regions. But new models of the Mi Band typically ship to other countries in Asia (including India) and in Europe.