African governments have developed a taste for Eurobonds: why it's dangerous 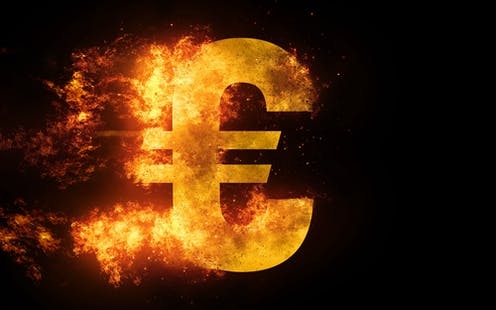 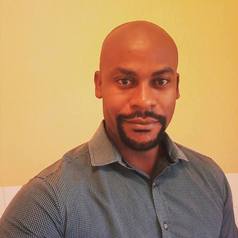 International financial markets have opened a window for African governments to diversify their funding sources from traditional multilateral institutions and foreign aid. For example, they can now borrow through issuing Eurobonds – these are international bonds issued by a country in a foreign currency, usually in US dollars and euros.

South Africa was the first to issue Eurobonds in 1995. To date, 21 African countries have sold Eurobonds worth a combined total of over US$155 billion on international bond markets since 2006, when Seychelles become the second African country to join the Eurobond market. There is appetite for more.

Eurobonds borrowing is done through commercial terms. The interest rates, term of bond and coupon payments are determined by market conditions. Because of poor credit ratings and perceptions of high risk, African bonds are classified as high yields. They’re risky, but they offer high returns. Investors are still scrambling for Africa’s high yield bonds.

Eurobonds are costly for governments. The high yields demanded by investors means high interest cost to governments. But they are attractive to governments because investors buy them without preconditions. Unlike multilateral concessionary loans that come with policy adjustment conditionalities, governments have total discretion in how to use the proceeds.

They are, however, offered at high interest rates, high coupon payments and shorter debt maturities. This means the government has a shorter period to use the costly funds and will also be paying periodic interest. The average tenor for Africa’s bonds is 10 years, with interest of 5% to 16%.

This is unsustainable and has already led to more fiscal strain. Interest repayment is the highest expenditure portion and remains the fastest growth expenditure in sub-Saharan Africa’s fiscal budgets. For example Kenya, Angola, Egypt and Ghana are paying 20%, 25%, 33% and 37% of their collected tax revenue towards interest repayments.

Investors are not interested in Eurobonds issued by other regions because they offer very low interest rates.

Flavour of the last five years

The Eurobond rush spiked in 2017, when US$18 billion bonds were issued in one year. By the end of 2019, the outstanding Eurobonds on the continent were totalling US$115 billion.

Over the past two years, 10 countries have issued bonds totalling US$19.8 billion. It would have been more without the outbreak of the COVID-19 pandemic, which priced out issuers. Ghana and Egypt sold a combined US$7.1 billion while Morocco issued €2.5 billion in 2020 to support their fiscal budgets.

Ghana and Egypt returned to the market, issuing a total of US$7 billion in the first half of 2021. Their debt-to-GDP ratios have now risen to 78% in Ghana and 90% in Egypt. Kenya also joined to issue US$1 billion, pushing its debt-to-GDP ratio to 66%.

Any debt-to-GDP ratio above 60% in developing countries is considered imprudent according to the International Monetary Fund (IMF) and African Monetary Co-operation Program’s threshold. Beyond the threshold, a country will be at high risk of debt default.

The ability to borrow through financial markets is viewed by investors as a sign of competitiveness. Financial markets provide a platform for governments to borrow mainly for capital spending, but not too excessively. In Africa, this has not been the case.

The following are some key indications of why African governments must consider discontinuing excessive Eurobond borrowing:

The continued borrowing from financial markets has led to high debt accumulation. Following the outbreak of COVID-19, some called for debt cancellation for highly indebted poor nations. The G20 and the Paris club creditors also called for multilateral debt relief to be extended to private creditors.

In my view this continuous borrowing is unsustainable. It can only increase the fiscal fragility of African governments. It will be irresponsible to accumulate unsustainable debt for short-term gains to be repaid by future generations.

The common misconception around oversubscription of all bonds issued by African governments has not helped. High appetite for Africa’s bonds is viewed as a success story. But attention isn’t being paid to the high yields demanded by investors for purchasing them.

Investors will continue to purchase the bonds as long as they are offered at the interest they need.

But there are no checks and balances. The funds from Eurobonds have no conditionalities nor any lines of accountability. Unlike multilateral loans, governments are not required to provide detailed information about the specific use of proceeds nor account for whether the money was used for the purpose it was raised for. This magnifies the risk of fiscal indiscipline. Studies have shown that some governments opt for irresponsible borrowing to finance unprofitable programmes to further their political interests.

It is inevitable that with the rising debt, if uncurbed, Africa will soon fall into another debt trap. Recent default warnings must not be ignored.

In addition, instead of borrowing more, governments must focus on mobilising greater domestic resources through effective tax administration and broadening the tax base. Increasing tax revenues will pay off budget deficits and public debt in the medium term.