Impact of Gambling on Other Businesses

Why should you consider investing in a unit trust? 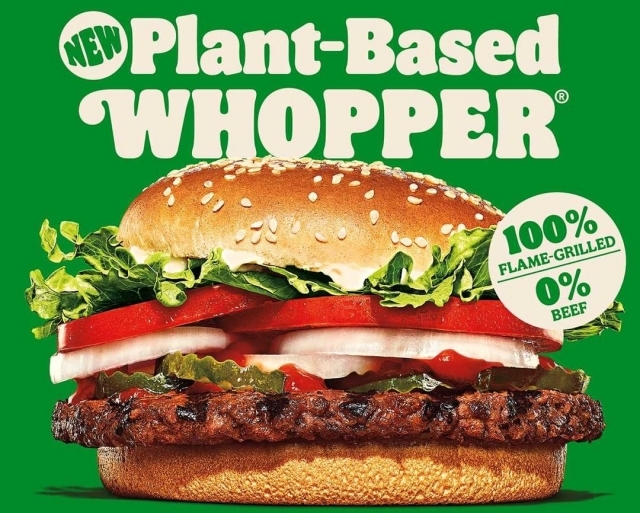 Burger King Singapore added a new item to its menu and it just pleased many vegan customers. This is because the fast-food chain launched its plant-based Whopper burger that is perfect for people who prefer the “meatless” meat.

Partnership with The Vegetarian Butcher

As per Yahoo News, Burger King Singapore partnered with The Vegetarian Butcher to be able to offer this new burger creation. It was reported that the plant-based Whopper was introduced in the region as the restaurant received overwhelming requests for this type of burger.

While the plant-based burger just arrived in Burger King Singapore, other countries already have this option in BK restaurant outlets. In the United States, the company teamed up with Impossible Foods for the plant-based meat patty and in Singapore, the supplier is The Vegetarian Butcher, a brand that is owned by Unilever.

The plant-based Burger King Whopper costs S$6.90 in Singapore and this is the a la carte option. For deliveries via Deliveroo, this Whopper burger is priced at $7.90 for a la carte and $10 for the meal combo that comes with a drink and fries.

In any case, it was revealed that the Burger King plant-based Whooper will initially be available via orders from Deliveroo, a delivery platform in Singapore. Then starting from June 22 onwards, customers can buy them from any BK restaurant outlets. It was added that this will only be in stores until supplies last.

What is in BK’s plant-based Whopper

Customers who will try the new Burger King plant-based Whopper will find it very similar to the regular burger. The only difference is the patty, as it was replaced with the plant-based protein alternative.

Still, the patties from The Vegetarian Butcher are flame-grilled and it is served with lettuce, tomatoes, mayonnaise, onions, pickles and ketchup. Of course, these will be enclosed in toasted sesame buns.

“We are very excited to finally bring the plant-based Whopper to Singapore,” Green Queen quoted Burger King Singapore’s marketing director, Irene Tay, as saying in a statement. “We received many requests from local fans who have been waiting for it to arrive at our restaurants, especially after they’ve seen the plant-based Whopper in other countries. This is the first time Burger King Singapore is introducing a plant-based burger and also one that is definitely worth the wait.”