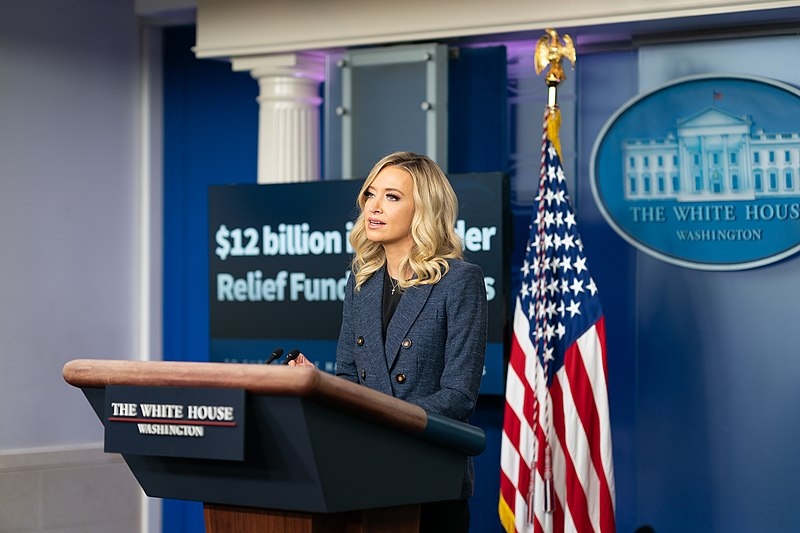 With the House Committee looking to get information and testimonies from high-profile allies and aides of twice-impeached, former President Donald Trump, a certain set of records may reveal more information. MSNBC analyst Betsy Woodruff Swan says the notebooks of Trump’s White House Press Secretary Kayleigh McEnany may be the key.

Over the weekend, Woodruff Swan explained how McEnany’s notes and binders may provide more insight into what the Trump administration was expecting in its final weeks following Trump’s loss to Joe Biden. This comes as the House Committee has subpoenaed McEnany along with another slate of Trump administration officials and aides to testify before the panel.

Woodruff Swan explained that McEnany’s binders of notes could potentially answer questions regarding the Trump administration’s goals and strategy leading up to January 6. This includes what the goal was when Trump and his allies hosted the rally at DC that took place hours before the insurrection.

“That’s the question that always comes back to me as I look at everything that Bannon and Trump and their sordid allies had in mind in those weeks before Jan. 6,” said Woodruff Swan. “What did they think was going to happen? What did they expect? What were they hoping the outcome would be when they had that massive gathering on the mall and then gave speeches that were so incredibly incendiary?”

McEnany’s binders of notes were also among the documents that the House committee has requested the National Archives to turn over.

It was previously revealed how far the Trump administration was willing to go in order to stay in power after the 2020 elections. Lawyer John Eastman was known for the infamous memo that detailed how then-vice president Mike Pence could overturn the 2020 elections to keep Trump as president. However, according to journalist Jonathan Karl in his book “Betrayal,” Trump’s other attorney Jenna Ellis, also drafted a memo like Eastman, explaining how Pence could overturn Trump’s loss.

The excerpt from Karl’s upcoming book explained that Pence could send back the electoral votes from six of the battleground states that Trump falsely claimed to have won during the elections. Ellis’s memo noted that Pence would give the states a deadline of 7 p.m. on January 15 to send back a new set of votes.