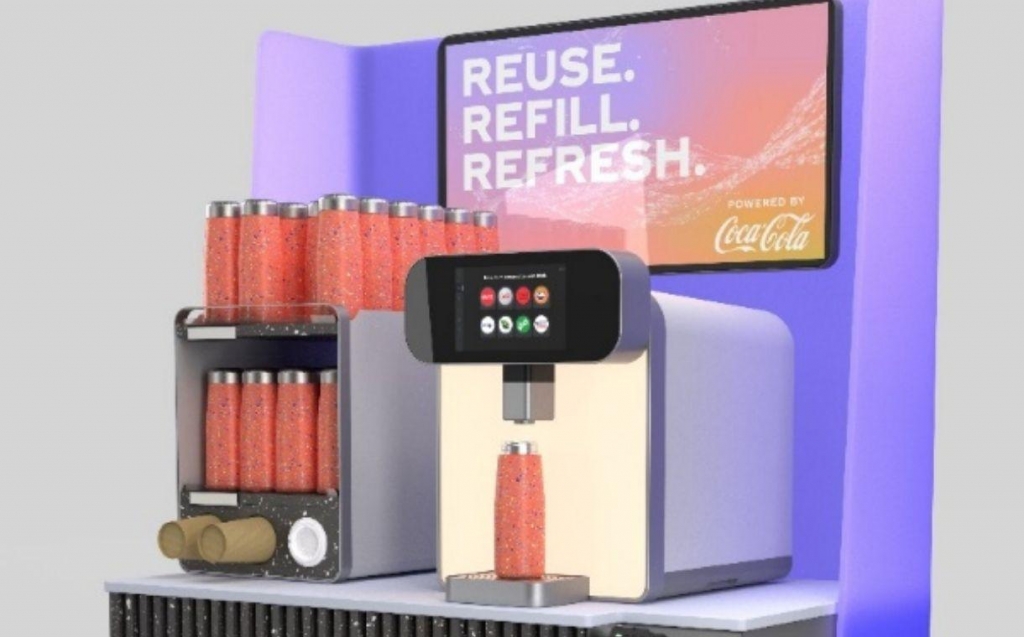 The Coca-Cola Company has introduced the New Compact Freestyle smart drinks dispenser in Europe, which allows users to personalize their drinks in their own reusable bottles, therefore reducing carbon emissions and packaging.

With about 40 beverage selections, the smart dispenser allows for digital user interaction, including the ability to tailor temperature and carbonation levels.

The new product is the smallest unit in Coca-most Cola's digitally advanced range of Freestyle machines, according to the company.

In collaboration with Coca-Cola Europacific Partners, trials of the New Compact Freestyle will begin this month in both at-work and on-the-go locations in France and Belgium. Meanwhile, trials will be held in the United Kingdom and other European countries in 2022.

The findings of our preliminary investigation promisingly demonstrate that the New Compact Freestyle can have a reduced carbon footprint per serving than traditional packs, such as cans and PET bottles, said Coca-Cola Europe President Nikos Koumettis. This is really encouraging, given the critical necessity of taking significant sustainability action for Coca-Cola, as well as our customers and consumers."

We've leveraged the latest in technology to give a wide array of personalization possibilities in accordance with both consumers' digital-driven lives and their thirst for choice, he stated. Consumers will be able to make their own perfect drink, just how they want it, while using less packaging and carbon — "a win-win for them and the environment."