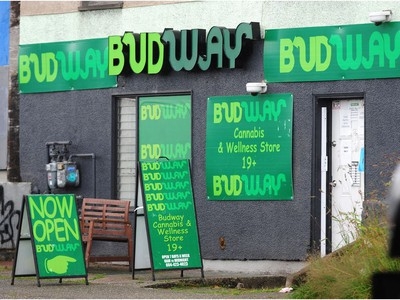 A US Federal Court has ordered Vancouver cannabis dispensary Budway to pay US$32,000 for infringing on the trademark of sandwich chain Subway through its logo and mascot.

The Budway logo looks strikingly similar to Subway's due to the arrows on the letter and two-color scheme.

In Justice Nicholas McHaffie's decision, he explained that the word element of the mark is similar and there are evident similarities in letters and pronunciation between Budway and Subway.

He added that 'budway' is not itself a word and was to be read in a manner to connote the common word 'subway,' and that the use of a submarine sandwich mascot and references to 'munchies' draws closer comparison.

McHaffie also said that since both companies sell edible products, there's an overlap.

McHaffie fined Budway and ordered it to stop using its current name and deliver up or destroy any signage, packages, labels, goods, and advertising material in its possession.