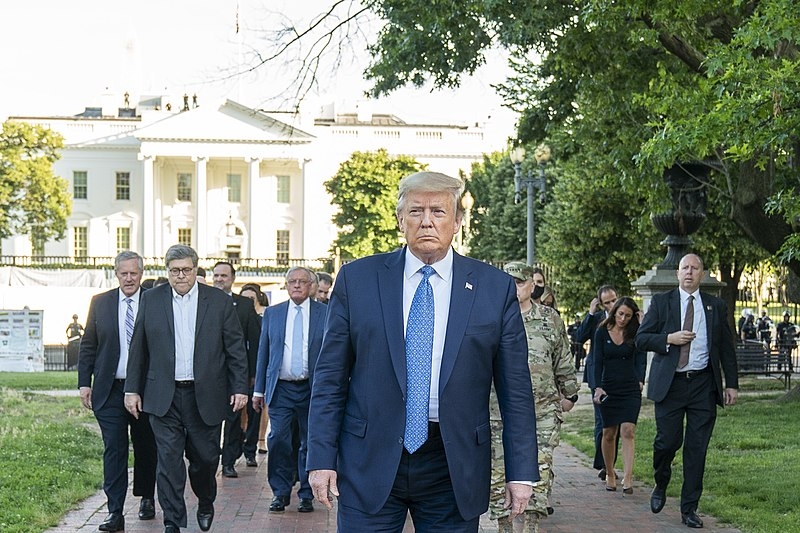 Former President Donald Trump has to this day pushed the belief that the November 2020 elections were stolen from him and denied him a second term without evidence. In another attempt to cling to power in his final weeks of the presidency, newly released emails show that Trump also resorted to using the Justice Department to overturn election results.

The House Oversight Committee released a series of new emails revealing that Trump pressured officials at the Justice Department to challenge his loss to Joe Biden from the 2020 elections. With a cache of over 200 pages of emails from DOJ officials and the White House staff, it is another instance of Trump’s unsuccessful efforts of overturning the election to stay in power. Trump has since pushed the already debunked claim of voter fraud that has since culminated in the January 6 insurrection.

Apart from other allegations against the former president, the emails show how Trump pushed the DOJ officials to file a lawsuit in the Supreme Court to nullify the election. The documents come hours before the House Oversight Committee was to hold its second hearing surrounding the Capitol riots.

“These documents show that President Trump tried to corrupt our nation’s chief law enforcement agency in a brazen attempt to overturn an election that he lost,” said House Democratic Oversight Committee Chair Carolyn Maloney in a statement. “Those who aided or witnessed President Trump’s unlawful actions must answer the Committee’s questions about his attempted subversion of democracy. My committee is committed to ensuring that the events leading to the violent January 6 insurrection are fully investigated.”

The House Oversight Committee has since requested transcripts of interviews with Trump’s then-Chief of Staff Mark Meadows along with four other DOJ officials.

Even as the former president is often teasing about a 2024 run for another term, he still faces a slew of lawsuits and possible indictments from probes that have made developments since he left office in January. The chances of Trump staying out of prison are growing considerably smaller over time, as according to former DOJ spokesperson Matt Miller said that Manhattan District Attorney Cyrus Vance is working on a possible indictment of the former president that would be hard to get away from.

Miller cited that the addition of two more lawyers who have experience with organized crime means that Vance is making sure the case against the former president is airtight.