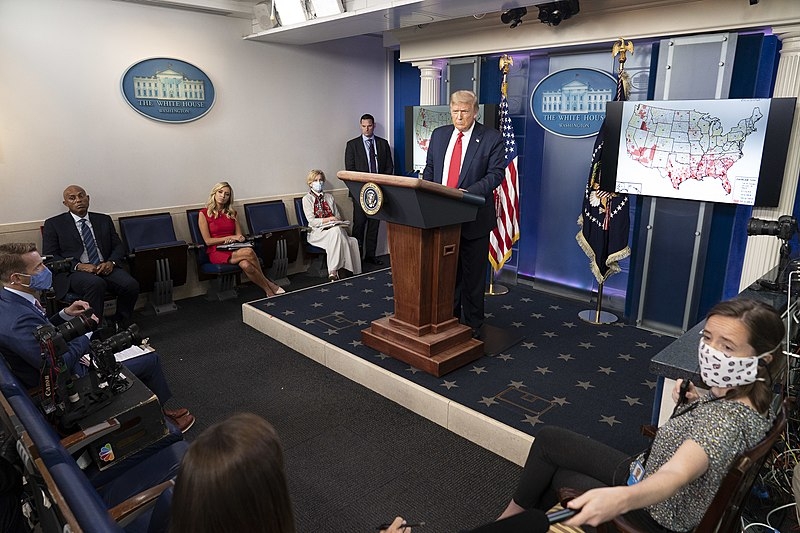 Former President Donald Trump was widely criticized for his administration’s handling of the COVID-19 pandemic in the US that has led to some of his officials speaking out against him. A new book suggests that Trump’s former COVID-19 task force adviser Dr. Deborah Birx hoped that Trump would lose his reelection bid in the 2020 elections.

The book, written by Biden’s top COVID-19 advisers, Andy Slavitt is titled “Preventable,” detailing the Trump administration’s failure to contain and mitigate the pandemic that has led to hundreds of thousands of Americans dead and millions infected. According to Slavitt, Dr. Birx hoped that Trump would not be elected to a second term and he recalls meeting with Dr. Birx in Minnesota last August after she briefed government officials.

Dr. Birx was replaced by Dr. Scott Atlas to lead the Trump administration’s COVID-19 task force and instead traveled all over the country to provide data to officials. Dr. Birx invited Slavitt to attend the Minnesota briefing. At the time, Slavitt writes, the outcome of the election remained uncertain, but he wanted to see if, in case of a rocky transition to a new administration, Dr. Birx would help give Biden and his team the help needed to handle the pandemic.

“At one point, after a brief pause, she looked me in the eye and said, ‘I hope the election turns out a certain way,’ I had the most important information I needed,” writes Slavitt, who stepped down from his role last week, citing the 130-day limit for special government employees.

Trump still faces a slew of legal challenges from lawsuits to criminal and civil investigations following his departure from the White House back in January. Following the recent reports revealing how Trump used the Justice Department during his presidency, former prosecutor Glenn Kirschner said that Trump must be criminally prosecuted. Kirschner cited that there was an “unabated crime wave” when the former president was still in office, among them the Ukraine investigation and the insurrection that led to his two impeachments.