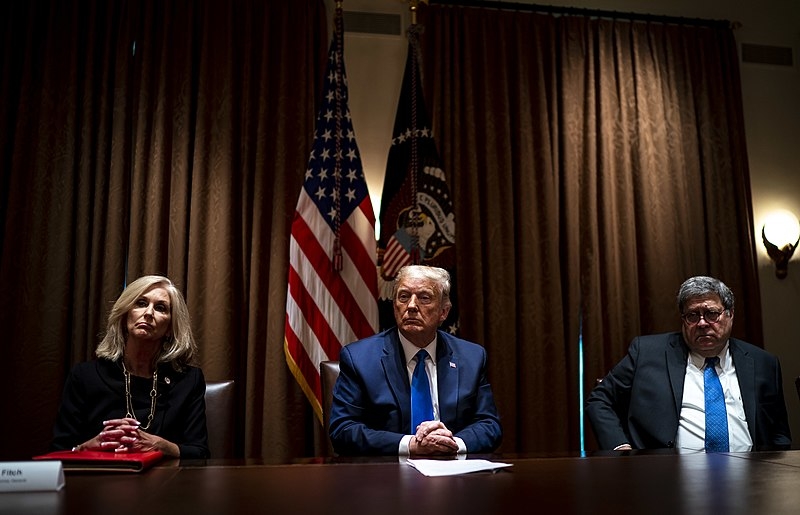 The Justice Department under former President Donald Trump was often weaponized during his presidency. With the recent reports surrounding the extent of the actions taken by the Trump administration’s DOJ, one Trump-appointed Justice Department official is already set to step down from his post next week.

The Justice Department’s National Security Division head, John Demers, who was appointed by Trump, is set to step down from his position next week. Demers’ resignation follows reports that the DOJ under Trump secretly seized data from House Democrats on the House Intelligence Committee, to which Demers has been involved. The report by the New York Times reveals that Demers supervised the prosecutors who carried out secretly seizing data from reporters.

However, the report by the outlet also noted that the secret surveillance on House Democrats on the intelligence committee, including their staff and family members - one of which is a minor - or at least the gag order on the surveillance, would require a signing off by the Attorney General. Jeff Sessions and Bill Barr served as Trump’s DOJ attorneys general.

“While it is common for the Justice Department to try and find out who shared classified information with the media, it is highly unusual to secretly gather records from the press and lawmakers. The prosecutors also prevented the lawyers and executives of The Times and CNN from disclosing that records had been taken, even to their newsroom leaders, another highly aggressive step,” said the NYT report.

Since the report, Senate Majority Leader Chuck Schumer demanded that Senate Republicans join their Democratic counterparts in subpoenaing Barr and Sessions, as well as Demers.

In other news, Trump’s refusal to accept his election loss and constant pushing of election fraud claims resulted in the January 6 riots. A pro-Trump mob stormed the Capitol during a joint session of Congress in an attempt to derail the formal certification of electoral votes. Five people died and over 100 Capitol Police officers were injured and over 400 rioters were arrested.

A married couple who took part in the insurrection were both convicted Monday for their participation, Joshua and Jessica Bustle from Bristow, Virginia. The couple agreed to plead to a US District Court in DC for parading, demonstrating, or picketing at the Capitol building in exchange for prosecutors to drop three other charges placed against them. They are the third and fourth defendants who pleaded guilty for their involvement in the riots.