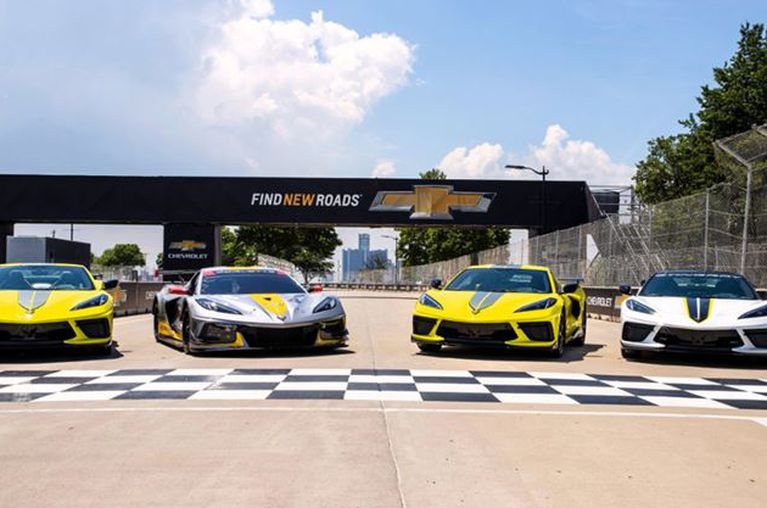 The IMSA GTLM Championship Edition resembles the Corvette C8.R race cars and is in the same class as a more expensive Ferrari or McLaren.

General Motors has unveiled the 2022 IMSA GTLM Championship Edition Stingray, which could compete with its more expensive rivals but with a base price starting at a more affordable $87,085 for the coupe and $94,085 for the convertible

The IMSA GTLM Championship Edition resembles the Corvette C8.R race cars and is in the same class as a more expensive Ferrari or McLaren.

While it's not that it's inexpensive, it's to the point where anybody who works can save up to attain it someday.

Charles noted that they applied the attainability of the Corvette to the mid-engine concept to come up with a unique sports car that’s never existed.

He added that they have combined the portability and the everyday drivability to exotic mid-engine attributes.

GM will manufacture only 1,000 of the special edition Stingrays, all in its Bowling Green, Kentucky, assembly plant.

GM considers the Stingray something that could be driven daily with an improved mid-engine traction that makes for an all-weather vehicle, unlike its class rivals that are brought out only for special occasions.