How politicians use French rap to stoke divisions 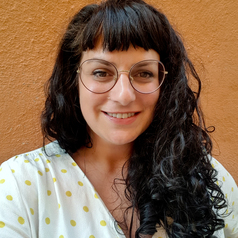 In 2021, two cases have put rap at the heart of media debates in France. The first concerns the rapper Médine.

On 18 February, MP Aurore Bergé, a member of President Emmanuel Macron’s governing party, expressed her support for the higher education minister, Frédérique Vidal, who had just commissioned an investigation into “islamo-gauchisme” (a neologism that translates as “Islamo-leftism”) in universities.

At the École Normale Superieure, you have this Islamist rapper who is invited, Médine – you know, the one who said that secularists should be killed in our country. Is it legitimate for such a prestigious school as ÉNS to give the floor to someone who calls for murder?

A few days later, the rapper filed a complaint for defamation, refuting the claim that he called for murder and rejecting the MP’s description of him as an “Islamist”.

The second case concerns the artist Youssoupha. On 19 May 2021, the French national football team released a video presenting the players selected for the upcoming Euros, accompanied by a dedicated song by the rapper.

As soon as the video was released, several politicians criticised the French Football Federation for the choice of artist and called for the video to be withdrawn. The president of the federation distanced himself from the choice following the outcy.

Jordan Bardella, a candidate for the far-right Rassemblement National in the regional elections denounced Youssoupha, saying the rapper had “called for death threats against Eric Zemmour”, a prominent figure on the far-right in France. Bardella said that he was “shocked that someone like that should be chosen to represent France in the Euros… We have given in to the scum of France by choosing these types of lyrics.”

Youssoupha had been taken to court by Zemmour over his lyrics in the past, but he was not convicted of threatening his life, contrary to what Bardella implied, and what far-right mayor of the town of Béziers, Robert Ménard, explicitly claimed.

Reactivating debates that have frequently taken place over the past decade, these two incidents put rap back on the political agenda during a busy year marked by regional elections and the build-up to the 2022 presidential poll.

This trend reveals that, despite the growing cultural recognition of rap music in France, it remains stigmatised among politicians and the media. Rap in general, and many specific rappers, are still not perceived as socially legitimate in their home country.

In 2006, researchers Didier and Eric Fassin pointed out that some national public debates are “saturated with racialised and often racist representations”. In this vein, politicians regularly use the works of rappers to denounce the existence of a racial divide in the French Republic and to ostracise young minority men from working-class suburbs, or banlieues.

As sociologist Karim Hammou demonstrated in 2014, this corresponds this politicisation of rap forms part of a “nationalist moral crusade”. By targeting rap music and rappers, politicians fuel a moral panic, i.e. a disproportionate reaction seeking to provoke collective indignation at the cultural contributions of minorities, even when these releases involve necessarily criticisable works.

These attacks serve specific political purposes. In the case of Aurore Bergé, it was about defending Frédérique Vidal’s campaign against social sciences as they are taught in French universities and the promotion of the government’s new law to counter “separatism”.

In the case of Jordan Bardella, it was about enlarging the Overton window – the range of publicly acceptable political opinions – to include identifying a Black rapper as “scum” (racaille in French) who is hostile to the civic community.

In the two cases studied, the attacks consist of using old, out of context and sometimes distorted lyrics to justify the outbursts against the accused rappers.

The interpretation by these politicians of rappers’ lyrics is not based on any knowledge of the aesthetic codes of rap – “anger is the politeness of rap”, Médine has said – nor of their thematic evolution.

The two rappers acknowledge that they began their careers with a desire to make a mark through provocation and no longer agree with some of the images or texts they produced in the past. As Youssoupha explained earlier this year:

I’m a rapper, an activist… I’ve said some strong things, with a virulence that I take responsibility for, but digging them up, distorting them, decontextualising them… We’re spending time in 2021 analysing texts that I wrote when Chirac was president! I don’t always agree with myself but I can’t regret it because when I said it, it was the emotion of the moment.

For his part, Médine has indicated that in the current French political context, he would no longer be able to name an album “Jihad: The greatest of battles is against oneself” though he did so in 2005 to talk about the struggle for individual spiritual elevation (one of the meanings of the term).

This dissection of rappers’ prolific back catalogues, which form part of the French tradition of sometimes violent political songs, to focus in on a few small phrases is part of a project of policing rap lyrics, not without consequences for those who wrote them.

In addition to Youssoupha being abandoned by the president of the French Football Federation, and the hours lost in the courts fighting Eric Zemmour, it’s also worth noting that, during a previous controversy, Médine had to cancel a planned concert at the Bataclan – the site of the 2015 Paris terror attacks – and was the target of an assassination plot by a far-right terrorist cell.

Will rap ever be seen as legitimate?

The political and legal stigmatisation of rap music in France began in the 1990s, with battles over lyrics taking place in the media, in the courts and in the National Assembly.

The trajectory of political denunciation often follows the same path: first, the far-right wages a media campaign, as they did against rapper Black M who was booked to perform at war commemorations in Verdun, then the parliamentary right seizes on the subject and sometimes, government ministers take the musicians to court.

This was the case for Ministère AMER, taken to court by interior minister Charles Pasqua, and La Rumeur, who faced charges brought by Nicolas Sarkozy.

In 1995, the group NTM were pursued through the courts for comments they made about police during a live concert.

In the sociological theory of cultural legitimacy, a popular artistic genre becomes legitimate over time when it is recognised for its aesthetic form and consecrated by institutions, the media, industries and audiences.

In the case of rap, the aim is to understand the gap that persists between the growing recognition of the genre in the cultural and economic fields – there is no disputing its enormous popularity among the general public – and the persistence of the idea of rappers as repulsive figures in the dominant political discourse.

Back in 2017, it was clear that French rap had become the driving force of the domestic music market and its popularity has only grown since then. But the presence of rap in the general cultural media and its recognition at music awards does not seem to be accompanied by an easing of tensions with the political field.

In 2021, rap music, or at least the music of certain rappers, retains its position as an “othered” cultural product in France, which continues to provoke political debate and remains subject to polemics and penalisations by the media and politicians.