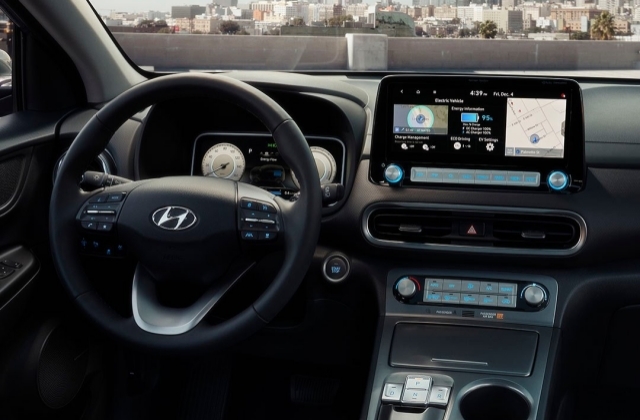 Hyundai Motors revealed this week that it was forced to suspend the operations of its plant in South Korea. The automaker has been mulling on halting its local production since last month, and it appears that the company could no longer ignore the chip shortage.

As per The Korea Herald, the temporary closing of Hyundai Motor’s production plant actually raised a warning not just for the company but for its subcontractors and workers too. This is because the suspension means there will be no work for a given period.

Hyundai will temporarily stop the operation in Ulsan, it's no. 1 plant in the country. It was announced that due to chip shortage and lack of other parts, the factory would be closed from April 7 to April 14.

Although it is only a week, Hyundai is set to lose a lot because it will not be able to make vehicles, and this will delay the delivery of the orders. Based on the report, the automaker estimated that it is set to lose 6,500 units of Ioniq 5 and 6,000 units of Kona SUVs.

Moreover, Ioniq 5 was only launched in Europe via a virtual world premiere, and the company received 3,000 pre-orders for it. Locally, in S. Korea, on the first day of its launch in February, it already garnered a total of 24,000 pre-orders. With this number of orders that must be fulfilled, the shutdown of the factory in Ulsan clearly poses a big problem.

Business Korea further reported that the Ulsan plant might not be the only factory that is facing a temporary closure. The outlet mentioned that a series of halts in Hyundai is likely to follow. In fact, it is thinking of shutting its plant in Asan too. The Sonata and Grandeur cars are being manufactured here.

Aside from Hyundai, other major automakers in S. Korea are also affected by the parts and chip shortage that also led to the shut down of their production facilities. It was said that almost half of the vehicle companies in the country say they were forced to cut down their production because there is not enough chip and fear that the issue with supply will last throughout the year.

This is why some industry experts and observers are urging the government to support the chipmakers in the country so they will no longer depend on foreign suppliers.

“We should note that the US is moving towards building semiconductor production facilities on its own soil,” Korea Semiconductor Industry Association director, Ahn Ki Hyun, said. “Korea should make efforts to lower its import dependency by creating its own nonmemory semiconductor ecosystem here.”