S. Korea to increase egg imports to 100 million in August and September to stabilize prices 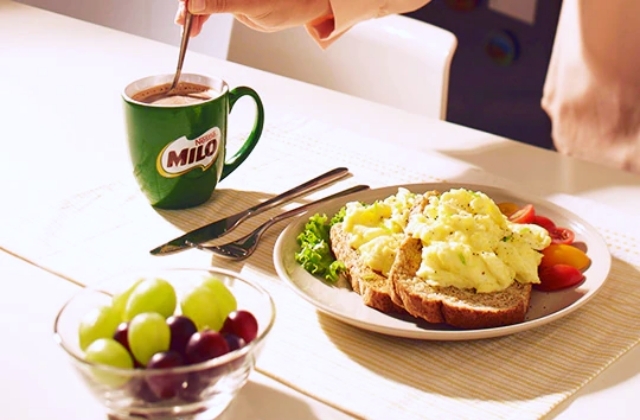 Nestlé's Milo is very popular in Southeast Asia, and it was able to maintain the same level of high popularity for decades. Now, as the Swiss food company ventures into plant-based food and drinks in Asia, a milk-free version of the favorite chocolate drink will be introduced in Malaysia.

The roll-out of dairy-free Milo

As per CNN Business, the new Milo product is just one of Nestlé's newest plant-based creations. This dairy-free chocolate beverage is debuting in ready-to-drink bottles and will be available starting Thursday, April 8.

These beverages are hitting supermarkets in Malaysia this week, and Nestlé has plans of launching them in other countries too. It was mentioned that plant-based Milo is already available in New Zealand and Australia, but it is in the usual powder form, so the one that will be introduced this week would be the first ready-to-drink plant-based Milo.

"We are all about giving choices," the head of Nestlé's Malaysia and Singapore, Juan Aranols, said in an interview. "We felt that with this growing interest for plant-based products, why not give the Milo taste everybody loves in a solution that is plant-based?"

Milo is usually made of cocoa, malt extract, and skimmed milk, and the milk-free version will take out the skimmed milk and will be replaced by milk powder from oats and soy. The creation of the dairy-free Milo is one of Nestlé’s steps in its effort to bring the plant-based food trend to the Asian market.

In any case, while Nestlé is working on taking plant-based food in Asian countries, these types of “meatless” products are actually already well-known in some parts of the region. The main reason for its growing popularity is the customers’ changing diet.

They now want to shift to healthier options to stay fit and stay away from sickness. What’s more, they have also become aware of the impact of meat on the environment, so plant-based food and drink options are on the rise. However, there is still not much food variety of “meatless” products in Asia, so Nestlé wants to bring in more plant-based items.

As proof that people in Asia are turning vegan and there is a growing demand for plant-based food, The Korea Times reported that local food companies and fast-food franchises including Starbucks Korea, Twosome Place, Lotteria, Subway, and Burger King are also including “meatless” items to their menu.

Finally, in S. Korea, even the biggest noodle-maker, Nongshim, is looking to produce more vegan alternatives for its customers. The country’s Pulmuone food company is also leading the local market in producing vegan meat.