In Congress, the name of a bill may have nothing to do with what's in it - it's all about salesmanship 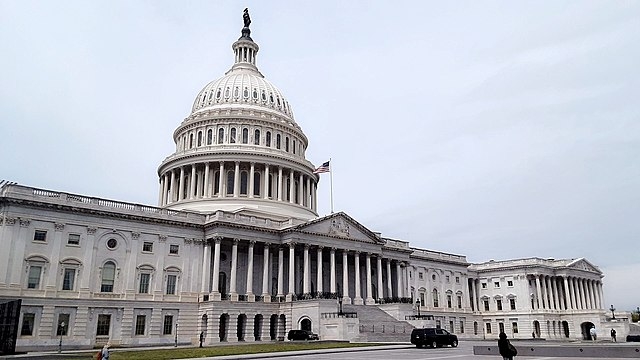 The Capitol building is a familiar one for Americans and the rest of the world. The marvelous building is known for being the home of the United States Congress and houses the legislative branch of the U.S federal government. Flickr/JessicaRodriguezRivas 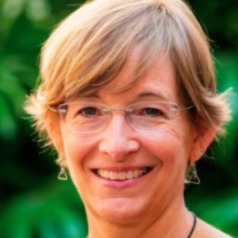 Hint: In addition to being the most significant climate change-curbing legislation in U.S. history, the bill also gives the federal government leeway to negotiate Medicare prescription drug prices, solidifies an expansion of access to Obamacare and sets a 15% minimum tax on corporations that make more than a billion dollars in profits.

What’s that? You’re stumped? That’s not a surprise.

The measure is called the Inflation Reduction Act of 2022. It’s a head-scratcher for those who assume that a bill name will reflect the main gist of the bill.

Controversy over legislative bill names is hardly new. Politicians have long used bill titles as a marketing vehicle, concocting sometimes misleading and outlandish monikers to get media attention, drum up support – who can be against leaving no child behind? – and frame the conversation around the bill before their opponents do.

Sometimes the whole point of legislation is to get a conversation going and show the public that a lawmaker or a political party cares about an issue. These so-called “messaging bills” won’t pass, but they give lawmakers a chance to hold press conferences and hearings, and go on talk shows.

U.S. Rep. Pete Stark, D-Calif., in 1997 introduced a bill called the “No Private Contracts to Be Negotiated When the Patient Is Buck Naked Act,” which became known as the Stark Naked Act. It was designed to highlight and address the problem of doctors asking patients to pay more money when they were “in an exposed condition.” It never got a vote.

President George W. Bush took things a step further, introducing proposals with Orwellian names that were the opposite in substance to what their names indicated. Remember the Clear Skies Act (2002), which would have weakened the Clean Air Act, and the Healthy Forests Initiative, which became law in 2003 and gave timber companies more access to cut down trees in forests.

Other times, lawmakers try to create a clever and memorable acronym, often stretching the limits of the English language. Take, for example, the Service Act for Care and Relief Initiatives for Forces Injured in Combat Engagements of 2004 – the SACRIFICE Act – which aimed to help military families and recognize the sacrifices of the Armed Forces members injured in combat – and the Regulations from the Executive in Need of Scrutiny, or the perennially reintroduced REINS Act, a GOP bill to, well, rein in the president’s power.

And let’s not forget the Uniting and Strengthening America by Providing Appropriate Tools Required to Intercept and Obstruct Terrorism, known as the USA PATRIOT Act, which legitimized domestic spying.

As if coming up with these mouthfuls weren’t enough, the House Transportation Committee in 2004 was charged with weaving into legislation the name of the wife of then-Chairman U.S. Rep. Don Young, R-Alaska, Lu. The result: the 2005 Safe, Accountable, Flexible, Efficient Transportation Equity Act: a Legacy for Users (SAFETEA-LU).

It’s not just a U.S. phenomenon; University of Stirling (Scotland) researcher Brian Christopher Jones determined in 2011 that bill naming in the U.K. is an important part of the legislative process and even could influence a bill’s passage.

It’s unclear whether a bill title can affect a congressional vote, but it can have serious implications if the law ends up before the U.S. Supreme Court, where the title can be used to infer legislative intent.

“The Defense of Marriage Act” was so influential a title that its meaning was debated by Supreme Court justices in United States v. Windsor, in which the court deemed the act was unconstitutional.

“Both the majority and minority opinions discussed the name and its implications at length, but came to differing conclusions on its importance,” wrote Jones, who was so vexed by that title’s influence on the highest court in the U.S. that he called for a neutral bill-naming office to be created so that lawmakers could no longer be in charge of naming their legislation.

In fact, lawmakers can name bills as they see fit. They are fortunate that the rules of advertising don’t apply; in 2013, Jones and attorney Randal Shaheen concluded that some bill titles would be deemed deceptive advertising if overseen by the Federal Trade Commission.

So, is the compromise bill a climate bill? Or an inflation reduction bill?

Branding one proposal as two things violates the rules of branding, and coverage of the Inflation Reduction Act of 2022 highlights the dangers of doing so. Bloomberg News called it the “Tax-Climate Bill” in the headline and the “tax, climate and drugs bill” in the story. NPR’s headline referred to it as the “energy and climate spending deal.” The emphasis on climate makes sense, given the recent focus on how Manchin has been the holdup to the Democrats’ attempt to address the climate crisis.

But giving the bill a broad name like the Inflation Reduction Act gives reporters leeway to refer to the bill according to whatever aspect they want to focus on. So much for branding.

Would lawmakers submit to an independent bill-naming review process, as Jones suggests?

Unlikely. Chances are they would dub it a “No Onerous Name Surveyor to Ask Regarding Titles Endlessly Released,” or NONSTARTER.