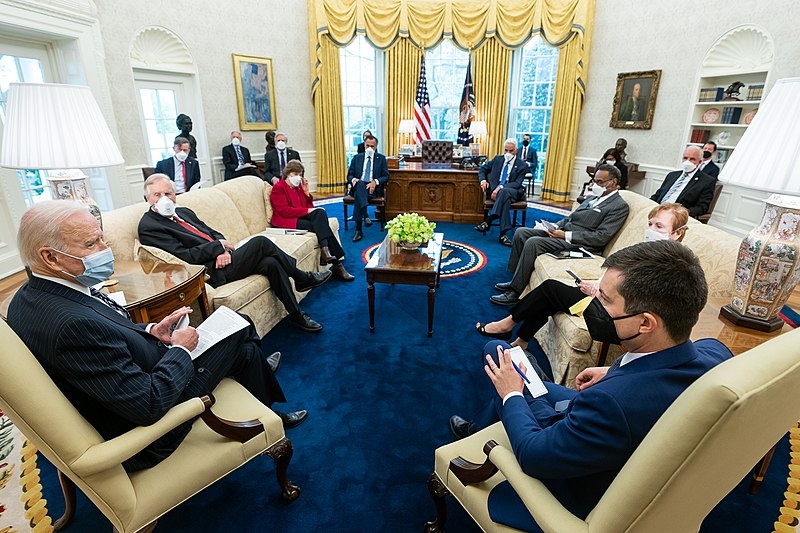 US President Joe Biden is looking for bipartisan support among lawmakers for his upcoming infrastructure proposal. However, the discussions did not result in a bipartisan consensus leading Biden to focus on another bipartisan group.

The latest discussions on the infrastructure plan between Biden and West Virginia Republican Senator Shelley Moore Capito have come to an end, with both sides failing to reach a bipartisan agreement. The pair spoke on the phone Tuesday, and it became clear that both sides did not reach an ideal compromise. Both sides did not come to a mutual agreement on what would constitute infrastructure as well as the price and how to fund the trillion-dollar proposal.

According to White House Press Secretary Jen Psaki, Biden had informed Capito that the latest counteroffer from the GOP did not meet the needs of the country. Biden also thanked Capito for her efforts in leading the discussions but expressed his disappointment that while he was willing to cut down his proposal by more than $1 trillion, the Republican counteroffer only increased investments by $150 billion. Capito also graciously accepted the end of their discussions in her comments.

This also comes as the Biden administration looks to meet its deadline for progress made from discussions between him and the GOP lawmakers. Biden will now turn his attention to the bipartisan group of Senators dubbed the “G20” group, which is led by Republican Senators Rob Portman and Mitt Romney and Democratic Senators Joe Manchin and Kyrsten Sinema.

In other news, the US has reached an agreement with Pfizer to buy 500 million doses of its COVID-19 vaccine to distribute to almost 100 countries around the world. This comes in light of Biden’s initiative to help vaccinate the rest of the world as the US leads in vaccination efforts.