Conrad Seoul apologizes for serving detergent instead of syrup

S. Korea to tax virtual assets such as cryptocurrency next year as planned 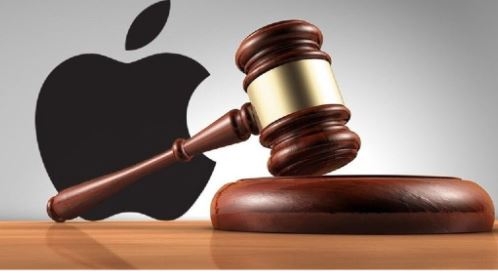 US District Judge Yvonne Gonzalez Rogers found Apple to have engaged in anticompetitive conduct for keeping consumers from getting cheaper prices by enforcing its anti-steering restrictions on developers.

A federal judge granted an injunction sought by Epic Games by ordering Apple Inc. to allow developers from receiving payments outside its App store, taking a big bite out of the Phone maker's profitability.

The App Store takes in over $20 billion annually with a profit margin above 75 percent.

US District Judge Yvonne Gonzalez Rogers found Apple to have engaged in anticompetitive conduct for keeping consumers from getting cheaper prices by enforcing its anti-steering restrictions on developers.

But Rogers said the court cannot ultimately conclude that Apple is a monopolist.

Rogers said the remedy is to eliminate those provisions, which would increase competition, increase consumer choice and information, and increase transparency while preserving Apple’s iOS ecosystem which has procompetitive justifications.”

Epic sought a court order in August 2020 to stop what it called Apple’s “illegal restraints” on the competition. The iPhone maker had removed the Fortnite game from its App Store after Epic created a workaround to paying a 30 percent fee on customers’ in-app purchases.

However, Epic Games was also ordered by Rogers to pay Apple at least $4 million in damages for breach of contract.

Epic has also filed complaints against Apple in the EU, UK, and Australia, and is suing Google over its Google Play store.