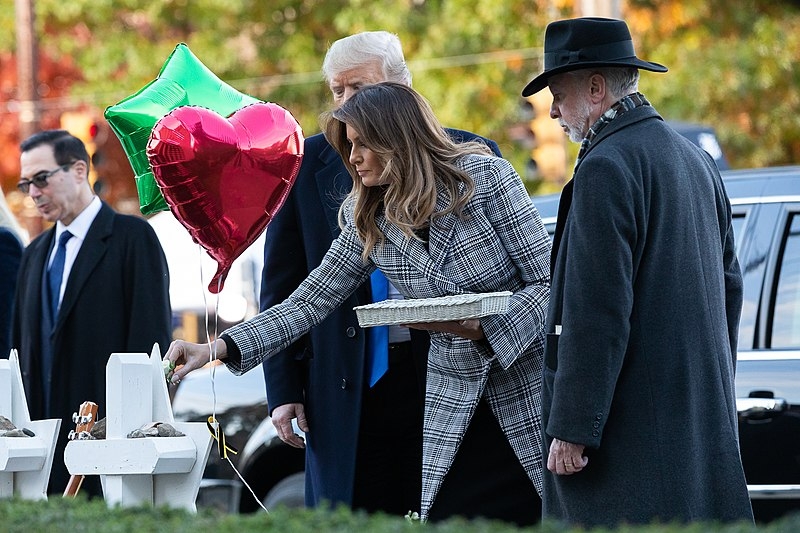 Former first lady Melania Trump’s marriage to former President Donald Trump is often the subject of speculation. However, people close to the Trumps revealed that Mrs. Trump has her marriage to the former president ‘down to a science.’

Mother’s Day was celebrated over the weekend, and it would mark Melania’s first Mother’s Day out of the White House since leaving Washington in January. With the Trump’s residing at the Mar-a-Lago resort full-time, Melania would also be spending the special occasion at the club for its Mother’s Day lunch. Mrs. Trump spent Mother’s Day with her son Barron Trump and the former president, who left shortly for New Jersey, where he is said to be spending the summer there.

The source told People Magazine that the former president always comes to Mar-a-Lago for its Mother’s Day lunch then leaves. The source added that Trump rarely changes his routine. Mrs. Trump and their son were not seen with the former president when he boarded a plane for his Bedminster golf club. Another source revealed that Melania and Barron are believed to be traveling back and forth from Palm Beach to New Jersey.

“Melania and her family will spend time with Donald but also continue working with Barron’s school and keeping him up to date on his extracurricular activities,” said the source. “She has their relationship down to a science. She does what she wants and also continues as Mrs. Trump, so it’s unlikely to expect much out of order at this point.”

In other news, a petition has previously circulated online asking for the current first lady, Dr. Jill Biden, to restore the White House Rose Garden to its former glory. During her husband’s presidency, Mrs. Trump renovated the Rose Garden, which was met with backlash by many as the original design by first lady Jackie Kennedy back in the 1960s appeared to have been erased. The petition has been signed by over 54,000 people.

“Jackie’s legacy was ripped away from Americans who remembered all that the Kennedys meant to us,” read the petition.