GameStop introduces Amazon execs as its new CEO and CFO

Nestle debuts plant-based milk to compete with Alpro and Oatly 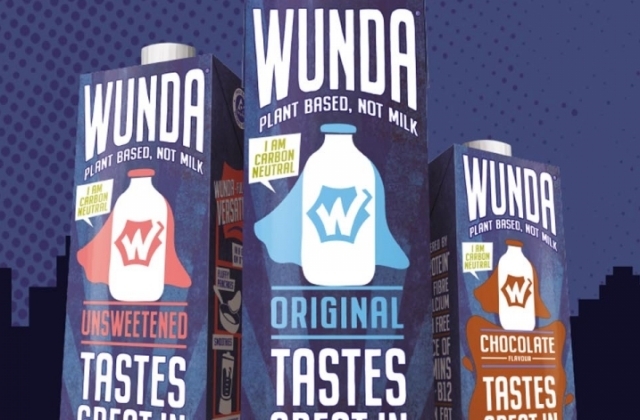 Nestle just introduced Wunda, a new milk brand labeled as plant-based. This vegan milk option is said to be made from yellow peas.

Nestle made the announcement about its own plant-based milk on Wednesday, May 5. The move is part of the Swiss multinational food and drink company’s goal of further boosting its presence in the growing plant-based food market.

Wunda to take on Oatly and Alpro

As per Bloomberg, Nestle debuted Wunda with another aim of beating Oatly AB and Danone’s Alpro milk brands that are also plant-based products. There is an obvious big market in dairy alternatives these days, and the company is looking to take its share in this line of business.

The Wunda pea-based milk will initially be sold in France, Portugal, and the Netherlands soon. Later on, this will also be distributed in European countries. It was not mentioned if this will also be rolled out in Asia and other regions.

It was revealed that Nestle may also expand to the production of plant-based yogurt and other dairy items. For now, it will focus on marketing its dairy-free milk and try to beat Oatly and Alpro.

"We were trying to create a product that is completely different from what's on the market," Nestle’s business manager for Dairy Beyond said in a press release. "Wunda is an entirely new brand for Nestlé, entering the European market. We wanted to really stand out and break some norms.”

The goodness of Nestle’s Wunda milk

In any case, Wunda milk beverages are made from yellow peas that are grown in France and Belgium. This raw ingredient is said to help bolster the protein content in the milk.

Reuters mentioned that Nestle’s new product is coming in three versions, and these are the original, unsweetened, and chocolate. It is said to be high in calcium, fiber, and proteins, and it can be consumed in either hot or cold.

Finally, it can also be used for frothing, baking, and cooking which makes it ideal for cafes and restaurants as well. Most importantly, it is carbon neutral, which means it is also an environmentally-friendly product.