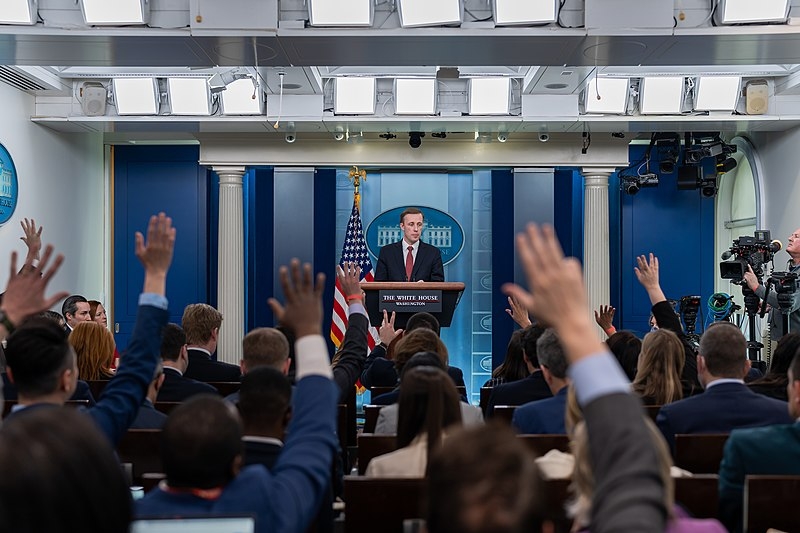 North Korea has conducted multiple weapons tests so far this year with fears that Pyongyang may decide to conduct its first nuclear test since 2017. US National Security Adviser Jake Sullivan said that Washington will be keeping tabs on the possible nuclear test by North Korea.

Speaking to reporters aboard Air Force One, Sullivan was pressed on what the US plans to do should North Korea proceed with its nuclear test. Sullivan said the US was monitoring the situation and will have a “robust” response to Pyongyang’s potential nuclear test.

“We’re also watching very closely the continuing possibility of a nuclear test, to which we would also have a robust response,” said Sullivan.

North Korea has moved forward on its weapons tests despite the sanctions imposed on the isolated nation for doing so, along with breaching security resolutions.

The US on Wednesday questioned China and Russia on whether they prioritized their partnership over global security when both countries vetoed additional United Nations sanctions on Pyongyang for its new ballistic missile launches.

“We hope these vetoes are not a reflection of that partnership,” said US diplomat Jeffrey DeLaurentis during a UN General Assembly as a response to the vetoes made by Russia and China two weeks prior.

“Their explanations for exercising the veto are insufficient, not credible, and not convincing. These vetoes were not deployed to serve our collective safety and security,” DeLaurentis added.

In response to DeLaurentis, China’s diplomat Wu Jianjian dismissed the “presumptuous comments and accusations against China’s voting position.” Wu said China’s vote against the resolution was “reasonable and justified” and that more sanctions on North Korea would only lessen the chances of coming to a political solution.

Washington has previously warned that Pyongyang may conduct its seventh overall nuclear test. Should it take place, the US said it will push for more sanctions again.

In a speech at the UN General Assembly, China’s ambassador to the UN, Zhang Jun, blamed the “flip flop of US policies” for the renewed tensions in the region and called for the US to take action.

DeLaurentis responded that Washington was “prepared” to hold discussions for complete denuclearization in the Korean peninsula, but North Korea has not given them a response after repeated attempts to reach out.