North Korea: US warns of 'forceful' response should Pyongyang carry out nuclear test 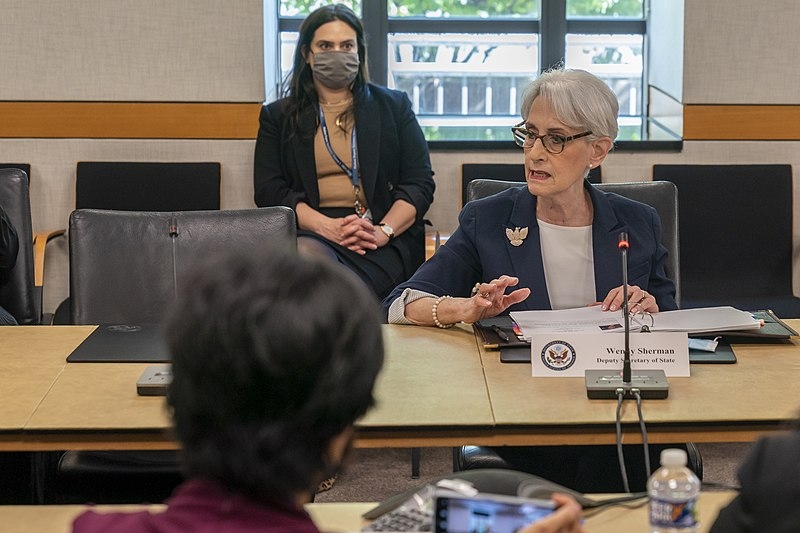 Tensions in the Korean peninsula are simmering amidst fears that North Korea is planning its first nuclear weapon test since 2017. The US has warned that a “forceful” response would be issued should Pyongyang proceed with such a test.

US Deputy Secretary of State Wendy Sherman warned that there would be a response from the US, South Korea, and Japan should North Korea proceed with a nuclear weapons test. Sherman made the comments to reporters following her talks with her South Korean counterpart Cho Hyun-dong during her visit to Seoul.

“Any nuclear test would be in complete violation of UN Security Council resolutions, there would be a swift and forceful response to such a test,” said Sherman Tuesday.

“The entire world will respond in a strong and clear manner. We are prepared,” added Sherman, who added that the US is still open for talks.

Sherman’s comments come amidst concerns that Pyongyang is preparing for its first nuclear weapon test since 2017 after multiple weapons tests have been conducted so far this year. This also comes amidst a report by the International Atomic Energy Agency chief Rafael Grossi that Pyongyang is also expanding its key nuclear facility in Yongbyon.

Grossi added that Punggye-ri, a test site in North Korea, shows signs that one of its passages, also known as adits, was reopened in possible preparation for a nuclear test. The facility was shut down in 2018 after a summit between North Korean leader Kim Jong-un and then-South Korean President Moon Jae-in.

South Korean and US forces Monday launched eight surface-to-air missiles off the east coast of South Korea the day after North Korea launched a number of short-range missiles. South Korea’s Joint Chiefs of Staff said both countries launched the missiles into the East Sea for around 10 minutes.

The JCS said the launches demonstrated “the capability and readiness to launch immediate precision strikes on the origins of provocations and their command and support forces.”

“Our military strongly condemns the North’s series of ballistic missile provocations and seriously urges it to immediately stop acts that raise military tensions on the peninsula and add to security concerns,” the JCS added.