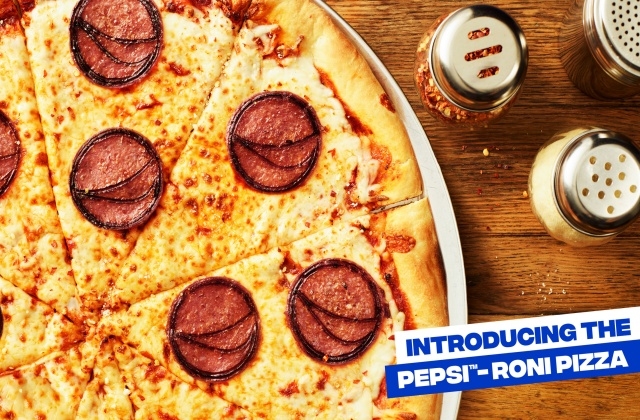 Pepsi launched the Pepsi-Roni Pizza as it capitalizes on its successful promotion of food collaborations under the "Better with Pepsi" slogan. Using this banner, the company has been associating its soda with popular favorite food, and this time, it has associated itself with pizza.

The beverage brand states that pizza is "Better With Pepsi," and this is now being widely promoted. Pepsi's claim was actually proven through a recent study that shows 90% of the survey participants agree that the perfect beverage when eating pizza is Pepsi. The result showed why it is not surprising that 72% of the country's pizza locations serve Pepsi.

To mark the truth that Pepsi is the best pair for pizzas, as shown in the study, the beverage maker has taken the pizza enjoyment to the next level on last Friday's National Pizza Party Day. It has enlisted chefs from the Culinary Institute of America through its business unit, CIA Consulting.

Pepsi worked with the CIA to create the world's first Pepsi-Roni Pizza with the perfect unusual topping of pepperonis infused with cola. As per the report, the pizza has been billed as "a complete reimagining of this American staple."

Likewise, through the CIA Consulting, Pepsi and the chefs at CIA painstakingly researched to find the best way to infuse the pepperoni pizza topping with Pepsi. They have dedicated a lot of time to this innovation just to come up with the right method and successfully introduce a new product.

It was revealed that the final recipe for the Pepsi-Roni replaced pepperoni's water content with Pepsi Zero Sugar. The taste came out well, and it was described as sweet and citrusy with a Pepsi kick that perfectly complements the salty and umami flavors of smoked pepperoni.

"We have always known that pizza tastes better with Pepsi, so we're thrilled to take this pairing to the next level with our #BetterWithPepsi campaign," Pepsi's chief marketing officer, Todd Kaplan, said in a Pepsi press release. "The pepperoni was literally invented to enhance the taste of a pizza; since we know that pizza also tastes better with Pepsi, we can't wait to bring these tastes together to create the Pepsi-Roni Pizza – an unapologetically delicious creation that merges the best pizza topping with the best pizza beverage into one amazing taste experience. You truly have to try it for yourself."

After the launch on May 20, Pepsi will be rolling out the Pepsi-Roni pizza at select popular pizza markets such as Chicago, Detroit, Los Angeles, and Miami. The company will be releasing more details about this in the coming days.