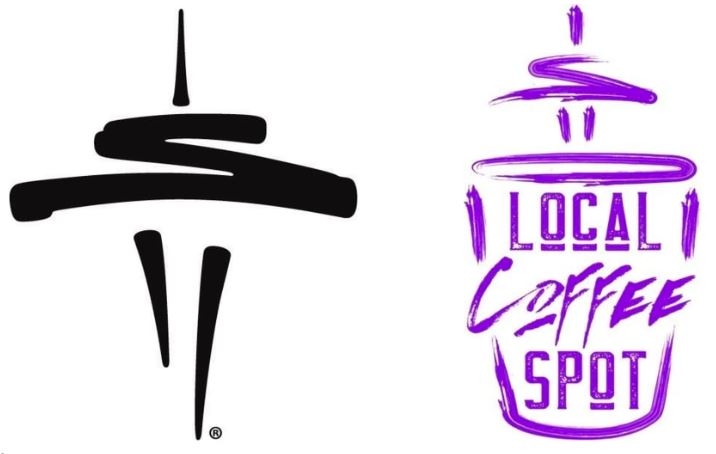 The owner of Seattle's iconic Space Needle has sued Local Coffee Spot in a US District Court to compel it to redesign its cups as its logo looks a bit too much like its own.

The lawsuit suggests that Local Coffee Spot's purple and white branding, which features an abstract, Space Needle-like steam rising from a coffee cup, is too close to the Space Needle's own trademarked abstract design.

Olson added that in her 10 years with the company, it has never had to file a legal complaint about a trademark violation. She emphasized that they are not seeking monetary damages in the lawsuit.

For over a year, the Space Needle owners tried to contact Local Coffee Spot and even offered to help the coffee company develop a new logo.

Despite the legal filing, Olson says that the Space Needle would still be willing to work with Local Coffee Spot to create a new branding for their four shops.

Unsurprisingly, Local Coffee Spot co-owner Beau McKeon insists that he responded to the offer of design help, but that it was the Space Needle who didn't respond to follow-up emails.

McKeon added that they "feel very, very victimized as the small guys," and described the Space Needle's action as "beyond bullying."

The Space Needle has been the most recognizable part of Seattle's skyline for 60 years.