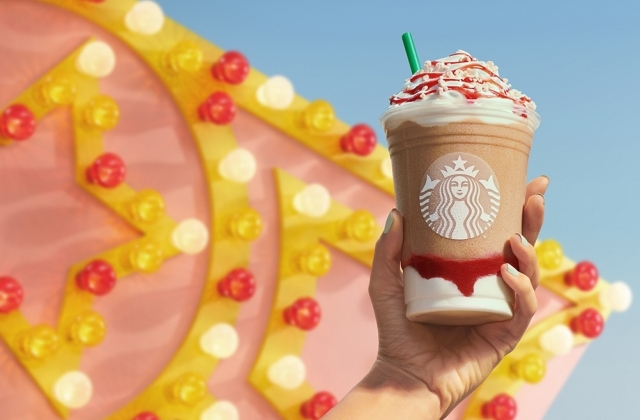 Starbucks has something new to offer this summer! The premiere coffee chain giant just introduced its newest flavor that will go best with the season, and it is called the Strawberry Funnel Cake Frappuccino.

How the new flavor was created

CNN Business reported that this special Frappuccino flavor would only be available in Starbucks stores for a limited time. It was added that this new beverage was developed based on the trend where customers are "turning to nostalgic flavors inspired by past experiences" related to amusement parks and colorful fairs.

For most people, the funnel cakes and fair grounds bring the nostalgia of summer days. And Starbucks wants its customers to feel those happy feelings again during summers, so the ideal way to do this is to make a frappuccino with the ingredients that will give the same festive mood.

“We wanted to capture the joy of this time of year, and we thought about those simple pleasures that really encapsulate summer,” said Sara Bennett, senior product developer for Starbucks R&D team press release. “That led us to state fairs and funnel cake – just wanting to channel that sense of carefree fun.”

What is in the cup of Strawberry Funnel Cake Frappuccino

The new summer flavor from Starbucks is made with the blending of strawberry puree, whipped cream, and funnel cake-flavored frappuccino, as per People. The beverage is topped with crunchy powdered sugar funnel cake pieces.

Starbucks’ Strawberry Funnel Cake Frappuccino will be available in store outlets starting Tuesday of this week. Other new items on the SB’s summer menu include the unicorn-shaped cake pop.

The Unicorn Cake Pop was actually released already, and it is just making a comeback for this hot season. This dessert is a vanilla cake with white chocolate icing shaped like a unicorn head and decorated with confetti sprinkles. Like the Strawberry Funnel Cake Frappuccino, the Unicorn Cake Pop will also be around for a limited time. There is no exact date, but it will be available until supplies last.

Starbucks is expecting these new menu items to become a hit, especially among the younger customers. In fact, it was said that cold drinks are more preferred these days and these go well with cakes.