Cancelation of mountain trout festival leaves S. Korea pondering how to deal with 95 tons of fish 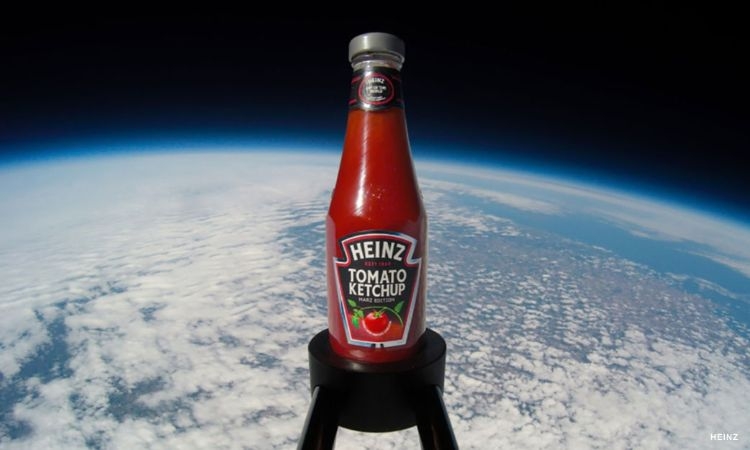 The Heinz Ketchup Marz Edition was made of tomatoes grown under controlled soil, temperature, and water conditions that mimicked Mars' environment.

Hunt's has come up with its Uranus Ketchup in response to Heinz Ketchup Marz Edition, developed to mimic flavors sourced on Mars.

The Heinz Ketchup Marz Edition was made of tomatoes grown under controlled soil, temperature, and water conditions that mimicked Mars' environment.

The Mars-inspired ketchup was the result of a nine-month collaboration between Heinz and a 14-person team of biologists at the Aldrin Space Institute at Florida Tech.

The two-year research involved everything from selecting the optimal tomato seeds to analyzing regolith, the combination of sand, dust, and other materials that compose Martian soil.

The Aldrin Space Institute biologists plan to submit three papers about the process to scientific publications.

Cristina Kenz, Chief Growth Officer for Kraft Heinz International Zone, said that from analyzing the soil from Martian conditions two years ago to harvesting now, it's been a journey to be enjoyed for generations.

She added that they were so excited that their experts were able to grow tomatoes under conditions found on Mars and share their creation with the world.

Meanwhile, Hunt's Uranus Ketchup has less to do with astrobiology research.

On Wednesday, Hunt's gave away 100 bottles of "Uranus Ketchup" and 100 t-shirts that commemorated the launch of the newly labeled product.