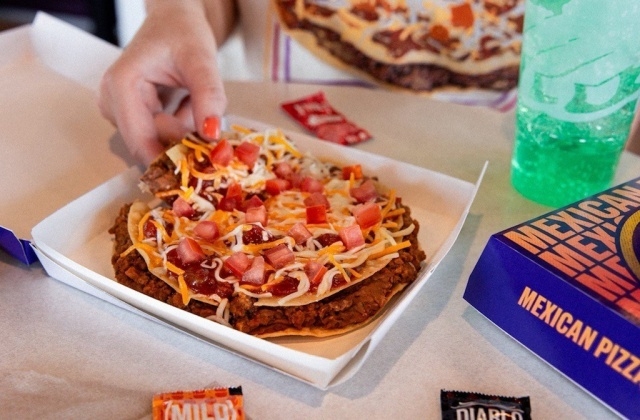 Taco Bell has finally brought back the customers’ favorite food item, which is Mexican Pizza. The Irvine, California headquartered fast-food restaurant chain added it again to the menu after a nearly 2-year absence.

As per CNN Business, Taco Bell pulled out Mexican Pizza from its menu list in November 2020, and this was at the height of the COVID-19 pandemic. At that time, the restaurant has been taking out food items due to the slow sales as people are not dining any longer due to lockdowns.

The removal of some food items actually helped Taco Bell in avoiding further losses as it was able to save on costs and got rid of complexities as well. Now that people are started to dine out again, and fast-food chains are getting filled with customers again, the company is putting some items back, including the Mexican Pizza.

The customers actually demanded Taco Bell to bring back the said menu. To make sure that the company knows how much they want it back, they have launched an online petition, and it gathered over 170,000 signatures.

“This is an item loved by many, especially the South Asian community,” Krish Jagirdar, the fan who started the petition, wrote. “Losing this item would not only be the loss of one of our favorite foods but a piece of our childhood & heritage as Indian Americans. Please band together, show support, and save the Mexican Pizza.”

In response to the calls, Taco Bell announced the return of Mexican Pizza and it will be on the menu - permanently - and not just for a limited time. Customers can order it again for $4.49.

Taco Bell also left a message on the petition, congratulating the fans for succeeding in their effort to bring back the Mexican Pizza. “Thank you for your signatures and support.

Thank you to Krish Jagirdar for never giving up on Mexican Pizza and starting this petition and we are thrilled to announce that Mexican Pizza will officially return to Taco Bell menus nationwide on May 19!”

Meanwhile, the popular Mexican Pizza is a tortilla filled with pizza sauce made with either ground beef or beans. On the second tortilla placed on top, more sauce, tomatoes, and cheese are added to make the Taco Bell style “pizza.”