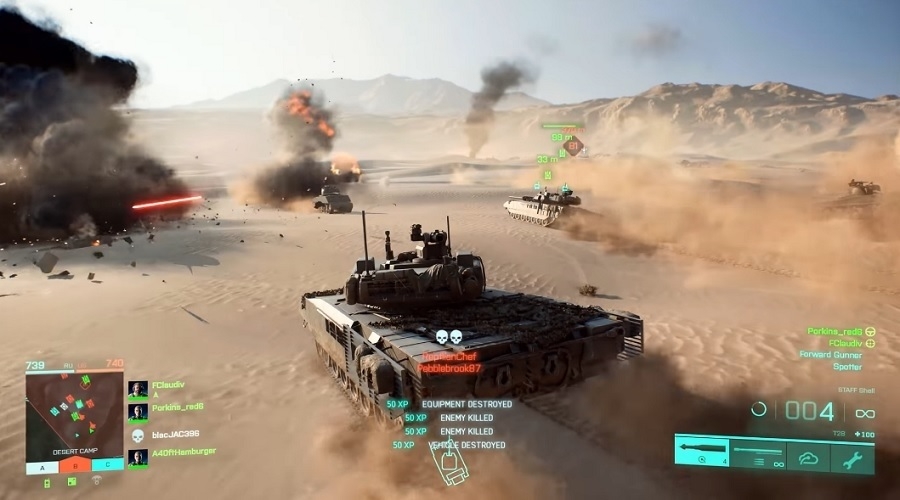 The Xbox Game Pass library might be getting two popular games published by EA in the coming days. A report recently found that the subscription service’s badge was briefly added to the official listings of “Battlefield 2042” and “FIFA 22.”

Polish news site XGP spotted that the games, which EA released in the latter part of 2021, got a small update on the Xbox Store recently. Both listings for the “Battlefield 2042” and “FIFA 22” reportedly featured the Xbox Game Pass logo, which is only visible for game listings that are available through the subscription service.

The game already has "Game Pass" badge in Xbox Store

Xbox and EA have yet to announce the game’s addition to the Xbox Game Pass, but seeing the badge on the game listings might indicate that they could be included in the catalog soon. The same publication noted that this is not the first time the Xbox Game Pass badge appeared first on an Xbox Store listing before an official announcement.

In the case of BioWare’s “Mass Effect: Legendary Edition,” the game prematurely gained the Xbox Game Pass badge in November 2021, and it was later added to the service last January. However, XGP also noted that the same leak happened for Capcom’s “Resident Evil: Village,” but the game has yet to be announced for Xbox Game Pass. So without confirmation from Xbox and EA, the Xbox Game Pass logo sightings on “Battlefield 2042” and “FIFA 22” could either be a leak or a simple bug on the Xbox Store.

However, considering that “Battlefield 2042” and “FIFA 22” have been out for several months now, it would not be surprising if they get added to the EA Play library soon. That would then make these games available for Xbox Game Pass Ultimate subscribers.

The potential addition of “Battlefield 2042” to the Xbox Game Pass library is a more interesting case, considering how the game has been received since it launched last November. Fans were disappointed with the state of the game, to say the least, due to the range of bugs and missing features at launch. Information from SteamDB shows its concurrent players have fallen to just a few thousand over the previous weeks, while it has only gained 25 percent positive reviews out of more than 136,000 user reviews on Steam.

The negative response to “Battlefield 2042” also appeared to have translated to game sales. “Sales of Battlefield 2042 were disappointing, but they are offset by a strong showing from FIFA and continued strength from Apex and our other franchises,” EA CFO Blake Jorgensen said (via Seeking Alpha) during the company’s Q3 FY2022 earnings call.