iPad mini 6 screens have a ‘jelly scroll’ issue when viewing in portrait mode, per users' reports 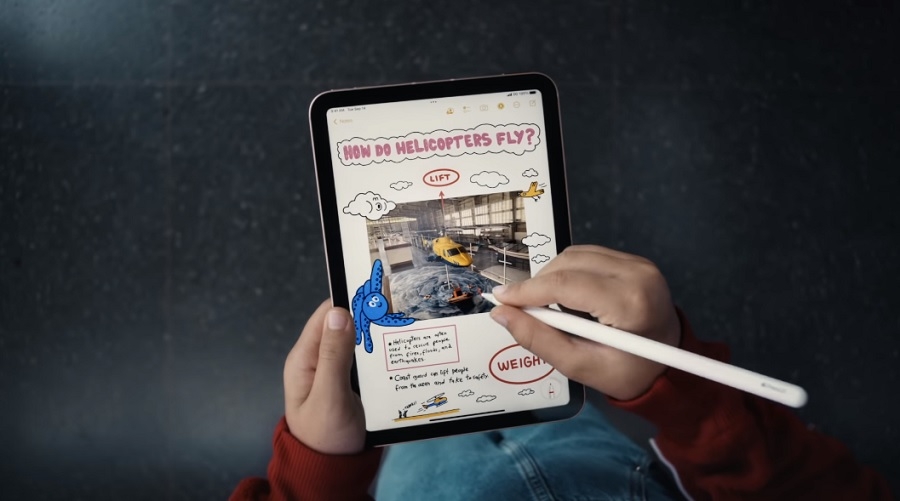 It has not been a full week yet since iPad mini 6 started to ship to Apple customers, but owners of the new tablet have already spotted a hard-to-ignore issue. The device’s screen is reportedly showing a “jelly scroll” effect when used in portrait orientation.

The iPad mini 6 issue is called such because, according to several accounts online, the objects on the screen move in a jelly-like manner when scrolling. A slow-motion video shared by The Verge’s Dieter Bohn shows how the so-called jelly scroll effect looks. Bohn added that the issue seemed more noticeable when viewing text-heavy content, while it also “goes away entirely” when the tablet is in landscape mode.

Here is is slow-mo video of scrolling on the iPad Min i slowed down EVEN MORE in a frame-by-frame step through. Notice how the right moves up faster than the left.

In normal usage you barely see it, but every now and then it become noticeable. In landscape it goes away entirely pic.twitter.com/iq9LGJzsDI

Some of the biggest upgrades to the iPad mini 6 were applied to its screen. Older models had 7.9-inch Retina screens and 2048 x 1536 resolution. The 2021 tablet shipped with a larger 8.3-inch Liquid Retina display and 2266 x 1488 resolution, although the pixel density was retained at 326 PPI. But it is unclear if the new component is causing the so-called jelly scroll effect.

As of this writing, Apple has yet to issue a statement to address the reported iPad mini 6 screen issue. It is still unclear if the new display component has contributed to the problem, in which case it could be a hardware-related issue that might have affected a certain number of tablets. However, a quick search on platforms like Reddit shows that the problem has been observed by several owners of the new tablet. On the other hand, if the issue is related to the software then it could be fixed with an over-the-air update.

The iPad mini 6 becomes the latest Apple tablet to lose the physical home button and have the Touch ID sensor integrated into the top button. The device is powered by the new A15 Bionic chip and sports two 12MP wide cameras on the front and back. Its model with cellular connectivity supports 5G network, and it also works with the second-generation Apple Pencil. It is available starting at $499, but new orders currently have an estimated delivery date around the third week of October.