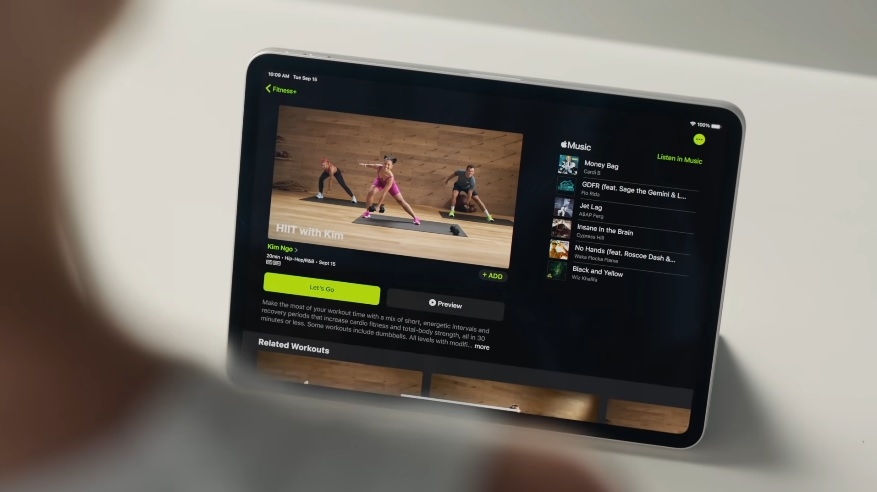 Apple has launched a new Fitness+ feature to inspire its subscribers to go out for a walk. Instead of listening to lengthy audiobooks, the new Time to Walk feature focuses on inspirational stories told by celebrities.

What is Time to Walk, and how Apple Fitness+ subscribers can get it?

The Apple Fitness+ Time to Walk episodes is generally meant to inspire users beyond the topic of keeping an active lifestyle. Parton shares stories about her career and early life while Mendes discusses "how a slower pace has helped him personally and creatively." Green talks about "tuning out criticism," while Aduba tackles faith and relationships.

Aside from an Apple Fitness+ subscription, users will need an Apple Watch and wireless headsets to enjoy the Time to Walk feature. Special guests in every episode will also share some photos that will appear on the Apple Watch display that correspond to certain life moments being discussed by the featured celebrity. Once the talk is over, users can continue their walk while listening to a music playlist that the guests will introduce.

Time to Walk will be known as Time to Push for Apple Fitness+ subscribers who use wheelchairs. Playing an episode will also start an Outdoor Wheelchair Walk Pace workout.

The Time to Walk episodes are free for Apple Fitness+ subscribers and will automatically appear on their Apple Watch's Workout app. New episodes will be released with new guests every Monday from this week through April. Episodes can be downloaded so users will no longer Wi-Fi or a mobile network connection to listen to them when they go outside.

Apple Fitness+: How to get the health-focused subscription plan

Getting the Apple Fitness+ service requires Apple Watch Series 3 or later. It should be paired to an iPhone 6S or first-gen iPhone SE or later. These devices should be running with at least the watchOS 7.2 and iOS 14.3 updates.

A monthly plan costs $9.99, while Apple also offers a one-time annual payment of $79.99. Fitness+ is also included in the Apple One Premier plan for $29.95 per month. Whichever subscription is chosen, one Fitness+ membership can be used by up to six family members.