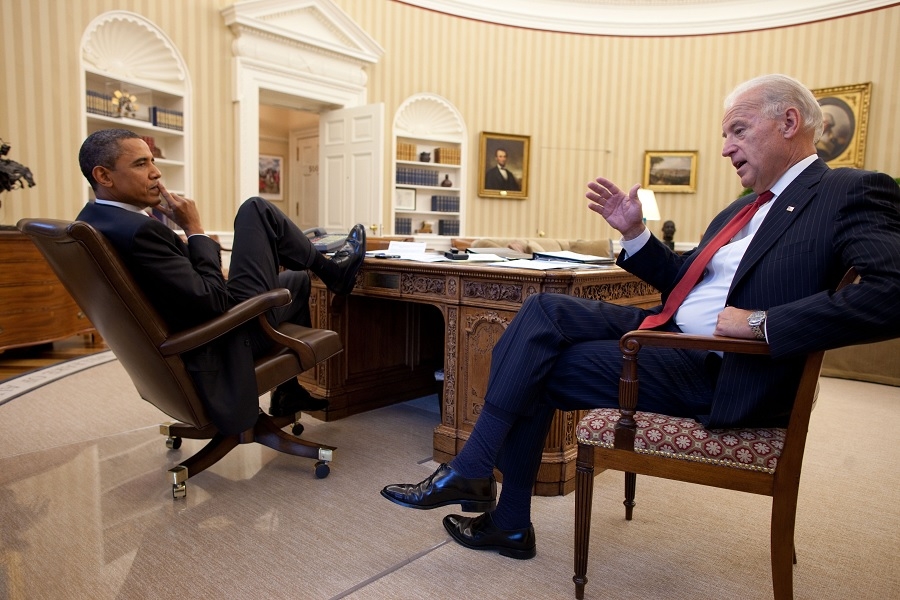 Former President Barack Obama is now set to appear in his first fundraiser for the presumptive Democratic nominee in November against Donald Trump, about a couple of months since he officially endorsed Joe Biden. Invitation to the event will be accessible to small-amount donors as the event is officially labeled a “grassroots fundraiser.”

Countless photos of Obama and Biden from their time in the White House were proof to many Americans that they had a good personal and professional relationship. It is then not surprising that Obama is now one of the most prominent figures who have endorsed Biden’s campaign.

The page for the grassroots fundraiser is now live on ActBlue’s website confirming that the event will be participated by Obama on Tuesday, June 23. Donations could be as low as $15 and up to $1,000, but people can donate “any amount.” Other details on how to attend the virtual fundraiser will be sent to donors after they complete the donation process and RSVP. The grassroots fundraiser with Obama follows a blockbuster month as the Biden’s campaign confirmed it gathered around $81 million in May even though COVID-19 limited their efforts to virtual events.

Before the Democratic debates kicked off, Obama was pretty much silent about his preferences for the presidential polls in November. But shortly after Biden has been recognized as the presumptive Democratic nominee against Trump, Obama came out with a video of endorsement for his former running mate.

I’m proud to endorse my friend @JoeBiden for President of the United States. Let's go: https://t.co/maHVGRozkX

“The kind of leadership that’s guided by knowledge and experience, honesty and humility, empathy, and grace. That kind of leadership doesn’t just belong in our state capitols and mayor’s offices. It belongs in the White House,” Obama said. “And that’s why I’m so proud to endorse Joe Biden for president of the United States.”

Michelle Obama’s name has come up several times before whenever Biden was asked about his choice for vice president. However, the best-selling author has repeatedly stated that she has no plans in running for office. But Obama has been actively campaigning for better voter participation, especially after heading the launch of the non-profit “When We All Vote” as one of her projects after fulfilling her duties as the first lady.

Biden’s campaign has committed to picking a female VP in March. While he has yet to decide on his running mate, reports have it that he already has a shortlist that includes Sen. Kamala Harris, Sen. Elizabeth Warren, Atlanta Mayor Keisha Lance Bottoms, New Mexico Governor Michelle Lujan Grisham, Rep.Val Demings (FL 10th District), and Susan Rice who served as Barack Obama’s national security adviser from 2013 to 2017.