Donald Trump revelation: NASCAR, NFL's stances on taking a knee for the national anthem now puts them at odds with POTUS 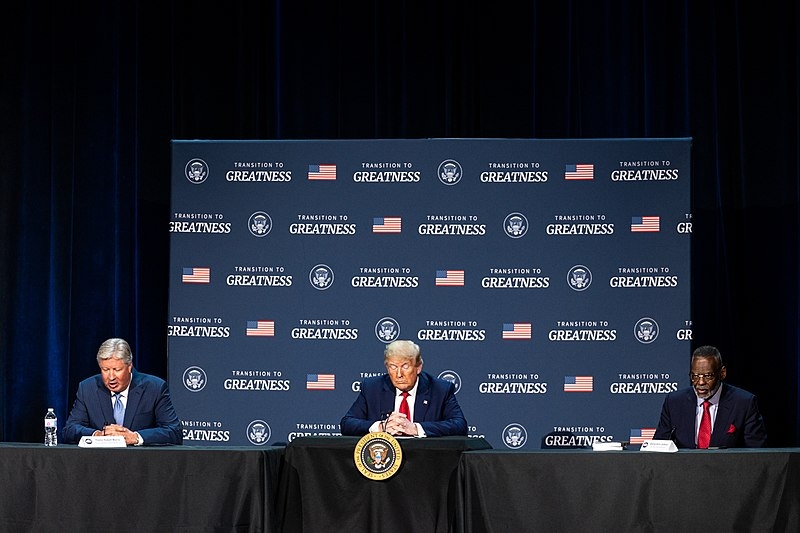 The recent ongoing protests that are calling for the end of systemic racism have brought influential institutions to take a stance and voice their support for the Black Lives Matter movement. However, following the move done by NFL player Colin Kaepernick back in 2016, two sporting institutions have since backtracked their stances on taking a knee for the national anthem, but it will put them at odds with President Donald Trump.

Politico reports that two institutions that Trump holds near and dear, NASCAR and the NFL, have backtracked on their stance regarding “taking a knee” for the national anthem and vocally condemning racism that is a prevalent issue in the United States. NFL Commissioner Roger Goodell over the past several days, changed his tune, apologizing for not listening to the athletes who have taken part in the protests against racism. Goodell also encouraged the league’s athletes and officials to peacefully protest and speak out. NASCAR President Steve Phelps also stated that the institution must do a better job of addressing racism. This was something even former NASCAR President Brian France also echoed, noting the institution’s influence.

At the same time, NASCAR also loosened its ban on kneeling during the national anthem and banned Confederate flags from its events moving forward. There were also reports of a NASCAR official taking a knee for the national anthem as well as a NASCAR driver racing around the track with “Black Lives Matter” on the car.

This comes at a time where more and more Americans are believing that the protests are justified and are aware that racism is a big issue. The protests came as a result of the death of George Floyd, a black man who was killed by white police officers in Minneapolis.

Nevertheless, Trump attacked Grenell on Twitter regarding the NFL’s players kneeling down. The president asked Grenell if he now found it okay to allow the players to kneel and therefore disrespecting the flag and the country.

But the NFL and NASCAR are not the only sporting institutions that will place themselves as targets for Trump’s attacks. The Guardian reports that US Soccer has also backtracked its no-kneeling policy for players and officials in light of the protests. The league implemented such a policy following the actions of Megan Rapinoe, who knelt down at the anthem to show solidarity with Kaepernick. Trump recently tweeted that he will not watch US Soccer anymore because of the league’s backtrack, and also following criticism from Florida congressman Matt Gaetz towards the institution.