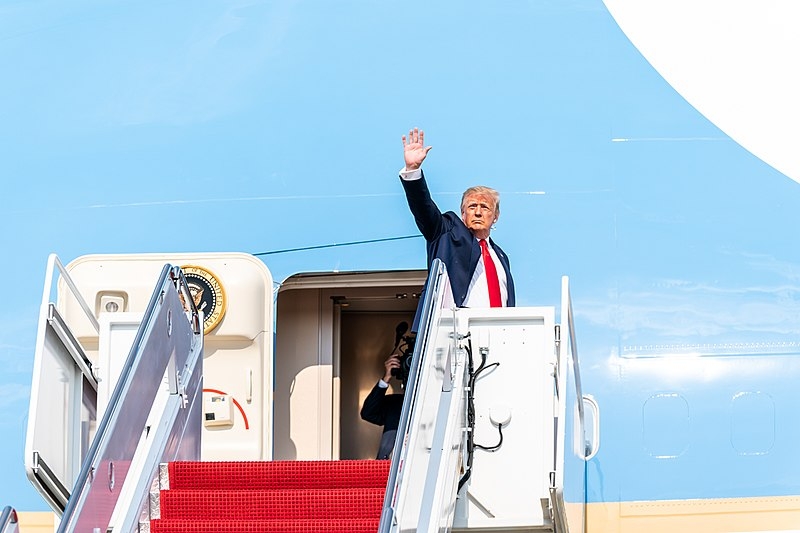 With the issue of systemized racism in the United States placed front and center in recent months, Donald Trump has earned backlash across the board for his failure to address the issue. Following the controversy surrounding the noose scandal in NASCAR, Trump demanded that racer Bubba Wallace apologize for said scandal.

Trump attacked the NASCAR racer on Twitter, saying that he should apologize for instigating a so-called “hoax” as well as the sporting organization themselves for its decision to rid any depiction of the Confederate flag as well as banning Confederate flags. Wallace found a noose in his team’s garage stall in the Talladega Superspeedway in Alabama. Both NASCAR and the FBI have explicitly referred to it as a noose, while government officials have said that the rope has been there since October 2019. It was the only garage in the entirety of the 1,684 garages at 29 NASCAR tracks that were inspected where the rope was fashioned as a noose.

“Has @BubbaWallace apologized to all of those great NASCAR drivers & officials who came to his aid, stood by his side & were willing to sacrifice everything for him, only to find out that the whole thing was just another HOAX? That & Flag decision has caused lowest ratings EVER!” tweeted Trump.

NASCAR has stood by Wallace and released a statement defending the NASCAR driver. The organization stated that they will continue to stand with everyone who pushes to make racing as inclusive as possible.

Senator Lindsey Graham also weighed in on the controversy during an interview with Fox News Radio. Graham said that there is nothing in the whole scandal that Wallace has to apologize for and that Trump should be celebrating the NASCAR drivers who stand in solidarity with Wallace. Graham noted that Wallace’s reaction towards finding a noose in his garage is perfectly valid.

As for the Confederate flag ban, the South Carolina Senator shared that NASCAR is trying to “grow the sport” and the way to further grow the sport is to get rid of divisive images.

Trump’s claim that the ratings for the sport dropped also turned out to be false. Contrary to his claim, the ratings went up.