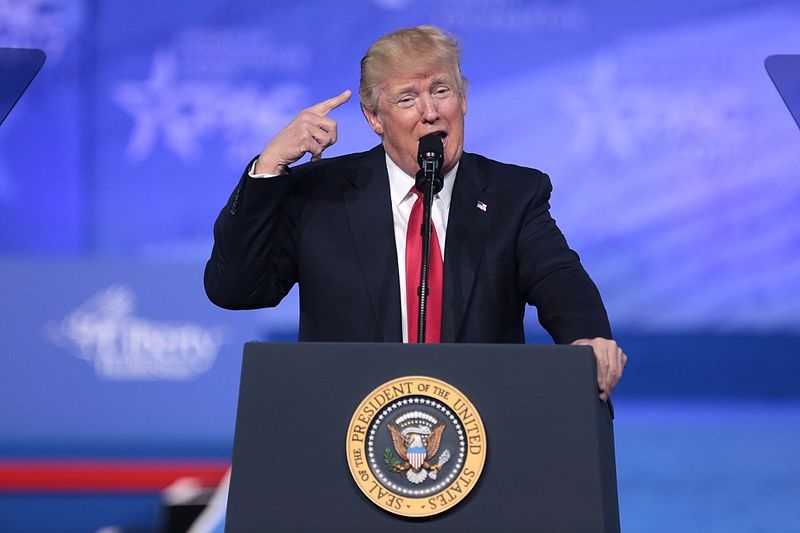 Former President Donald Trump is also under investigation by the Justice Department for taking 15 boxes of White House documents with him to his Mar-a-Lago residence after leaving office. A former FBI agent suggested that the probe by the federal grand jury may reveal a possible attempt by the former president and his family to profit off the records that were taken.

In a piece for MSNBC, former FBI special agent Frank Figliuzzi said the DOJ and the grand jury that it has empaneled may reveal an attempt by Trump and his family to make a personal profit from the records that the former president brought with him to Florida.

Figliuzzi said that based on the publicly available information, the 15 boxes containing classified information were kept in the residential part of the White House before it was brought to Trump’s Mar-a-Lago residence.

Figliuzzi wrote that keeping such an amount of documents in the White House residential area appears to be more deliberate, which is why he believes the grand jury is not targeting low-level aides.

The former FBI agent also wrote that the investigators would look into what kind of documents were in the boxes that were taken, as well as why Trump took the documents with him.

“As Justice Department investigators examine the contents, they’ll be able to see whether the contents held some value to Trump or those around him and possibly determine whether Trump could benefit from whatever’s in those documents,” wrote Figliuzzi. “We mustn’t forget that during Trump’s term, his family members parlayed their relationship with him into personal profit and that while he was president, Trump’s businesses reportedly raked in $2.4 billion.”

The probe into the boxes of documents Trump took with him to Mar-a-Lago comes amidst the ongoing probe by the congressional committee of the January 6 Capitol insurrection. Trump was impeached for the second time for inciting the riots that led to five people dead and dozens injured.

Aside from getting permanently suspended from Twitter, a report by Golf Digest revealed that the Professional Golfers Association decided not to hold their future tournaments in Trump’s Bedminster golf course. The leadership of the PGA made the decision four days after the Jan. 6 riots to no longer host the 2022 PGA tournament in Trump’s Bedminster course.

Trump’s Turnberry golf course in Scotland was also ruled out from hosting the British Open championships due to Jan. 6.