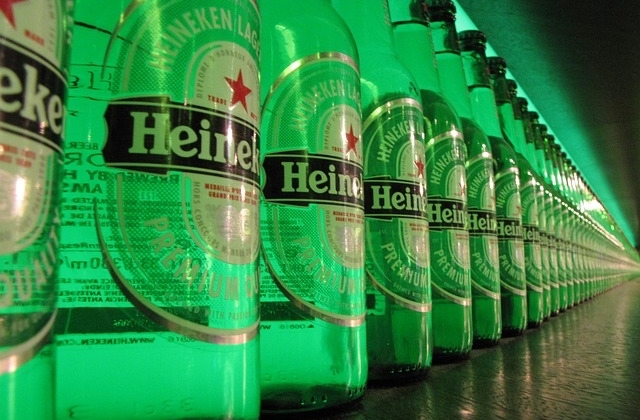 Heineken, the Dutch brewing company, was reported to have agreed to acquire the largest brewery company in Namibia and a South African alcohol maker. The world-famous beer brand is set to buy the Distell Group Holdings and Namibia Breweries Ltd., which was announced earlier this week.

According to Reuters, Heineken is buying the two companies to form a southern African drinks group valuing €4 billion or about $4.6 billion. With its acquisition of Distell, the second largest brewery in the world, standing next to Anheuser-Busch InBev, it will move forward in its push into the wine and spirits venture.

Heineken will be able to start by marketing Distell's popular brands of wines and liqueur, such as Nederburg and Amarula. It was reported that the company would be acquiring Distell for about 40.1 billion in South African rand, which is equivalent to more or less $2.62 billion.

The number is said to be the value of Distell's entire business at 180 rand per share. A discount of 1.4 percent was applied to the stock's Friday close. Heineken is also set to take over Namibian Breweries Ltd (NBL), with a current market valuation of €400 million.

In the deal, the Dutch company will be purchasing the 50.01% interest of Ohlthaver & List Group of Companies in NBL Investment Holdings that owns 59.4% of NBL. Heineken will own the remaining 49.99% after the transactions.

"We are very excited to bring together three strong businesses to create a regional beverage champion, perfectly positioned to capture significant growth opportunities in Southern Africa," Heineken N.V. chief executive officer and chairman of the executive board, Dolf Van Den Brink, said in a press release.

He added, "Distell is a highly regarded, resilient business with leading brands, a talented workforce and a strong track record of innovation and growth in Africa. With NBL, there are exciting opportunities to expand premium beer and cider in Namibia and grow the iconic Windhoek brand beyond its home market."

The deal is the first acquisition transaction since Dolf van den Brink took charge and led the company in June 2020. Finally, The Wall Street Journal reported that Heineken's move comes as its CEO seeks to cut costs and hasten growth at the brewer.