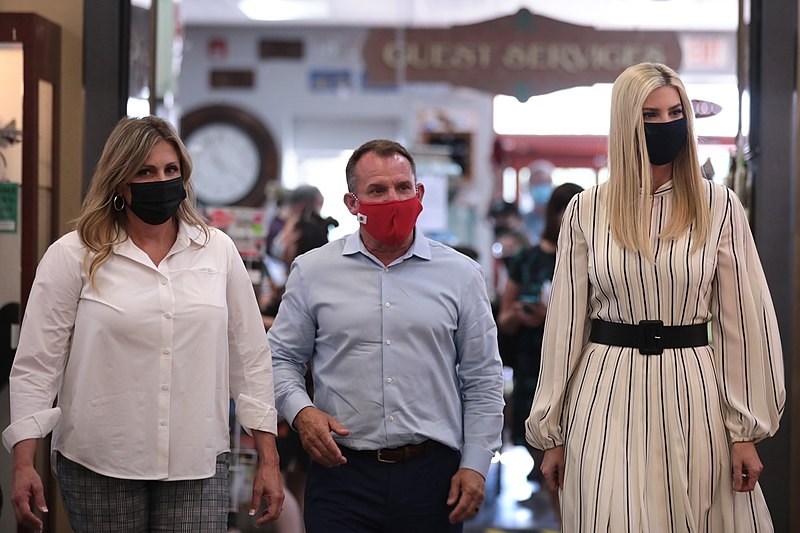 This week, Donald Trump’s daughter Tiffany Trump celebrated her birthday, and Ivanka Trump was among the first of the siblings to greet her, at least publicly on social media. However, her birthday greeting was mocked by users on social media, as Ivanka apparently tagged the wrong account.

Ivanka took to Twitter to give a special shout out to her sister Tiffany on Twitter, who celebrated her 27th birthday this week. Ivanka also shared photos of the two of them on her Instagram account.

“Happy birthday @tiffanytrump! Hope this year marks your best turn yet around the sun! Love you so much!” tweeted the White House adviser.

However, many users on social media mocked Ivanka for using the wrong twitter handle, as the handle she mentioned appeared to belong to someone else. Tiffany’s actual handle is “@TiffanyATrump.” Many mocked the White House adviser for not knowing her own sibling’s social media handles while some mocked Ivanka for supposedly making it seem like they were a close-knit family.

On the other side, Ivanka’s supporters also corrected her by tagging Tiffany’s actual account instead, in their replies to her tweet. As Ivanka shared her throwback photos with Tiffany on her Instagram with the same caption, it is likely that it was an honest mistake. Ivanka shared similar photos of her with Tiffany in her previous birthday shoutout to her sister back in 2018. The two were not able to spend her birthday together as Ivanka is currently on the campaign trail for their father while Tiffany is in Miami.

Previously, Ivanka was also subject to criticism from netizens on Twitter following the remarks she made during her campaign stop in Nevada. Ivanka tried to put a positive note on the Trump administration’s response to the COVID-19 pandemic, claiming that her father acted quickly before other countries did as well as having taken the virus seriously. That was immediately met with a lot of backlash referencing the recorded conversations her father had with Bob Woodward that was released.

The conversations revealed that Trump had already known about the severity of the coronavirus as early as February, but only took action in March and chose to downplay the pandemic. Others also drew comparisons to the actions Trump took with his Democratic rival Joe Biden’s.