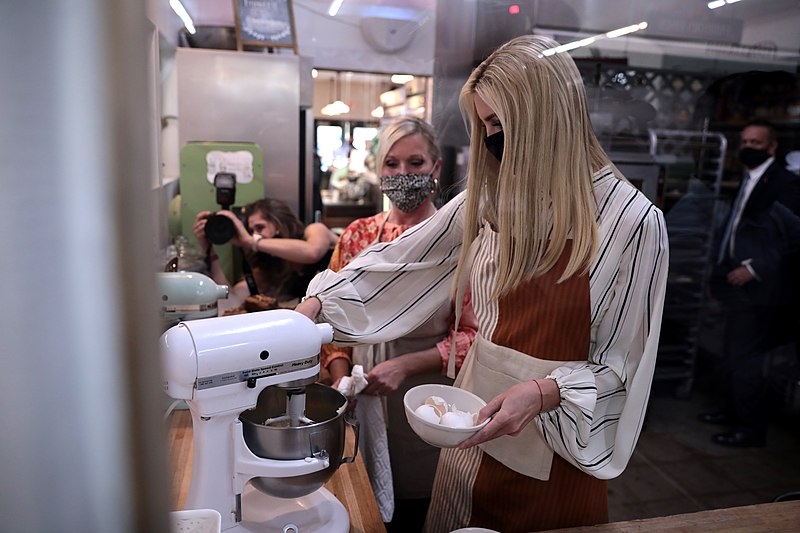 Florida is one of the key states that Donald Trump needs to win over to get elected for a second term in the presidency. With his daughter Ivanka Trump on the campaign trail, she recently brought up her father’s use of social media during a campaign event.

Ivanka appeared at a Florida MAGA rally in Fort Myers, where she joked about the Republican incumbent’s tweeting. After the rally, she attended a private fundraiser event amongst supporters in the state. Ivanka joked that her father’s tweets can seem “unfiltered” and then reiterated some points she made during her speech at the Republican National Convention that took place at the White House. At the rally, Ivanka mostly talked about jobs and the economy as well.

Senior Trump campaign adviser Mercedes Schlapp was also present during the event. Schlapp told the supporters who attended, hardly any of whom were wearing face masks, not to believe in the polls and ignore what the analysts are also saying. This remark comes as Democratic candidate Joe Biden maintains a lead over Trump in most polls while deadlocked in some states.

This also includes Florida polls, which show Biden having a four percent lead over Trump at 50 to 46. Nevertheless, Ivanka made sure to energize the crowd, saying that the amount of support they have for her father is “unprecedented.”

Florida Democratic Party Chair Terrie Rizzo responded to Ivanka’s remarks in a statement. Rizzo said that the administration still has no plan to fight the COVID-19 pandemic in the country, which now has over 220,000 Americans dead.

Meanwhile, Ivanka’s relationship with her step-mother Melania Trump is largely speculated, with some claims in books about the women revealing a feud between the White House adviser and the first lady. Body language expert Judy James has shared what she thinks might be the relationship between Melania and Ivanka after analyzing photos of the two at certain events.

“These two women appear to share the trait of image perfection with both being perfectly coiffed, styled, and groomed to within an inch of their lives at all times,” shared James. “This carefully-manicured look reflects in their body language too, which is measured and self-contained in their public appearances, with little if any displays of anything close to spontaneity and emotion.”

It is at this point that James revealed that both women share the same kind of thinking which could suggest some competition between them.