Zooey Deschanel: Is she dating Jonathan Scott for career advancement? Here's the truth

‘One Piece’ episode 951: Are the Hearts Pirates betraying the alliance? 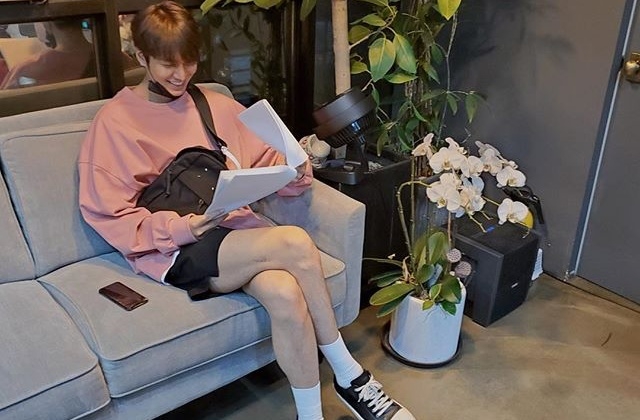 Lee Min Ho was reported to have received an offer from Apple TV to star in the series titled “Pachinko” last week. Now it was confirmed that the 32-year-old actor has accepted the role for a drama that is set for global airing.

About the drama and its production

Variety reported that Apple officially announced the casting of Lee Min Ho and five other actors for the “Pachinko” drama series. The announcement was made last week and the story will be told in three language versions including Korean, Japanese and English.

It is an adaptation of Min Jin Lee’s best-selling novel of the same title and it is a written account of stories involving four generations of the Korean family who immigrated to another country. It will show their lives as they travel between Korea, America and Japan.

The plot opens with a narrative about forbidden love. It will feature scenes that will show war, peace, loss, love, victories and reckoning. The entire story of “Pachinko” will be told in the span of eight episodes.

As per Forbes, filming already started on Oct. 26 and it took place in South Korea. But later on, they will also shoot scenes in Canada.

Apple announced that aside from Lee Min Ho, the other cast members include Jin Ha, Anna Sawai, Kim Min Ha, Soji Arai and Kaho Minami. Justin Chon and Kogonada will split the directing chores and they will direct four episodes each. Soo Hugh will serve as the “Pachinko” showrunner and its main writer.

Lee Min Ho will play Han Su, a mysterious outsider and trader who has links with organized crime. He also engaged in an illicit romance that unexpectedly entails huge consequences.

This is Lee Min Ho’s next drama after his successful comeback via “The King: The Eternal Monarch” that concluded in June. “Pachinko” was one of the New York Times bestseller books in 2017 that was also recommended by the former president of the United States, Barack Obama. He praised the novel and said that it offers “a powerful story about resilience and compassion.”