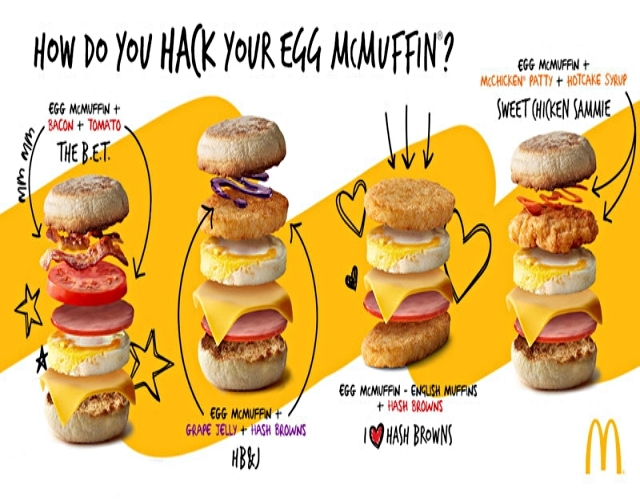 McDonald's is celebrating the 50th year anniversary of its Egg McMuffin, and to mark the occasion, the company is turning the food item's price back to its original rate. As the breakfast menu turns 50 years old, the fast-food chain is offering customers a price to match the special day.

McDonald's announced on Thursday, Nov. 16, that it would be selling its Egg McMuffin for only 63 cents from 6 a.m. to 10:30 a.m., the restaurant's usual breakfast hours. Then again, it should be noted that this offer is exclusive only to orders using the McDonald's app since this is also part of the strategy to bolster its rewards program across the United States.

As mentioned on CNN Business, the restaurant chain further said it will celebrate Egg McMuffin's 50th anniversary by sharing some "fan hacks" that make the said breakfast sandwich "a little extra." The burger joint is also encouraging diners to purchase more food items so they can customize their own Egg McMuffin sandwich.

For instance, a customer can create the "Sweet Chicken Sammie" by buying a McChicken Biscuit and syrup that can be added to on top of his Egg McMuffin. McDonald's also suggested that customers can also order two hash browns and make them as replacements for the muffins to create a new version of the Egg McMuffin.

"The Egg McMuffin, the first-ever quick service restaurant breakfast sandwich, joined the McDonald's menu in 1971 in Santa Barbara, California, and customers have been getting creative with it ever since," McDonald's senior director of brand communications, Molly McKenna, said in a press release. "It's been fun to see all the ways they have made it their own - whether it was adding some heat with salsa or sweetness with jam or combining it with the Sausage McMuffin, they're always innovating."

Meanwhile, the McDonald's Egg McMuffin could be purchased for 63 cents for a limited time only. In fact, this low price will only apply on a single day, on Thursday, Nov. 18, during breakfast hours. Customers can order them for dine-in, drive-thru, or carry out at participating locations.