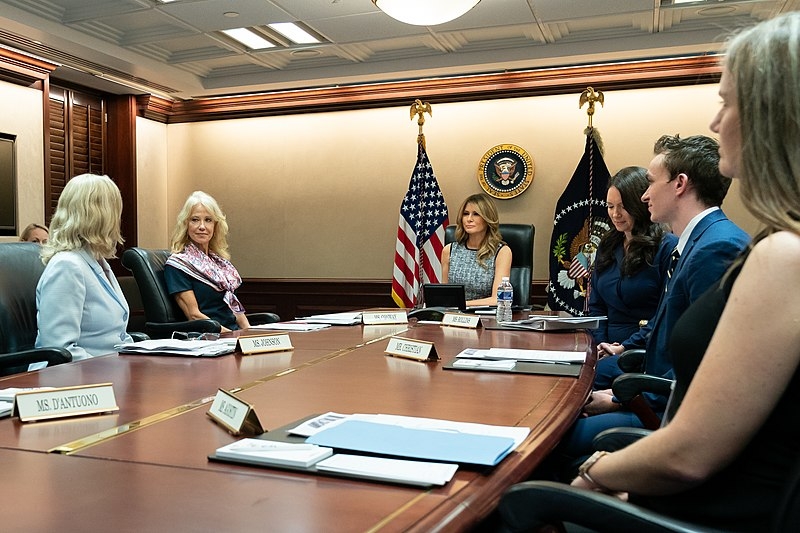 Prior to becoming the first family of the United States, Donald Trump was a known real estate mogul with his family members serving as executives in the family’s corporation. Even first lady Melania Trump was once known for having her own business, and back in 2017, it was reportedly promoted on the White House website.

Express reports that back in 2017 shortly after her husband was inaugurated, Melania’s profile on the White House website was being updated. According to a piece by the Washington Post, the biography of the first lady apparently mentioned her jewelry collection. “Melania is also a successful entrepreneur. In April 2010, Melania Trump launched her own jewelry collection, Melania Timepieces & Jewelry on QVC” was reportedly written on the site before it was deleted just as quickly.

A spokesperson for the Trumps then clarified the detail, saying that it was only to reference the first lady’s success as an entrepreneur and not an endorsement from the White House. The spokesperson then added that the jewelry line was not for sale.

This is not the first time the Trumps have seemingly crossed similar lines, especially as Donald Trump himself has been subject to pressure from his position as president and as an entrepreneur. The latest incident similar to this one was when the president apparently endorsed Goya Foods in a social media post, violating Ethics rules as government employees are not allowed to use their positions or their office to endorse a product or brand. The sudden “endorsement” of the brand follows the CEO voicing out his support for Trump.

Meanwhile, even though it is uncertain whether Melania may still call the White House home with less than 100 days left until the November elections, the first lady is overseeing improvements made on the interior and exterior of the White House. One of Melania’s most recent improvement plans is the renovation of the White House Rose Garden. She will be adding more flowers and shrubs as well as making sure the garden has the equipment needed for future television appearances. Her husband has often used the Rose Garden for press briefings and announcements.

This has been seen as a strategy to boost her husband’s reelection efforts while modernizing the iconic garden at the same time.