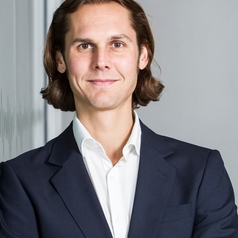 Two weeks after the World Health Organization declared the coronavirus a global pandemic, the UK government announced Everyone In, a scheme to protect people sleeping rough from catching the virus.

The policy was highly demanding. It gave local authorities across England just three days to move all people sleeping rough or living in shared hostels into emergency accommodation. The aim was to prevent these individuals from catching or spreading the coronavirus by placing them in housing that would allow them to be socially distant and self-isolate if needed.

Without these measures, it was feared people sleeping rough would be at great risk from the virus. Chronic disease is highly prevalent among people experiencing homelessness, and 41% were thought to be at high risk of developing severe or life-threatening COVID-19 symptoms. Limited access to healthcare and the NHS being under pressure then risked compounding the issue.

Within days, housing secretary Robert Jenrick estimated that rough sleeping in England had been cut by 90%. Although this figure was disputed, many agreed that there had been a significant reduction in rough sleeping.

For this reason, the policy has drawn a great deal of attention. Everyone In has shown what’s possible when priority is given to an issue. But it has also laid bare that, in recent years, homelessness has been a neglected and underestimated problem in England.

Homelessness is one of the most extreme examples of social and health disadvantage. Rough sleeping is its most visible and damaging form, yet it has been largely overlooked for the past decade.

When it was made a priority of New Labour’s Social Exclusion Unit in 1999, rough sleeping fell greatly, only for this progress to be undone by the 2008 financial crash. Analysis shows the number of people sleeping rough in England rose by 250% between 2010 and 2017.

The Conservative government’s Rough Sleeping Initiative – launched in 2018 as part of its rough sleeping strategy, which aimed to half rough sleeping by 2022 and end it by 2027 – put the issue back on the political agenda. And after having peaked in 2017, the number of people sleeping rough did begin to fall.

But while this was a welcome change in direction, the fact that Everyone In had such a dramatic impact on rough sleeping in a matter of days is a damning indictment of how the situation has been neglected, and of the ineffectiveness – or perhaps lack of ambition – of previous policies.

The pandemic has also shone a light on the true scale of homelessness. Pre-COVID, an estimated 4,266 people were sleeping rough in England. But under Everyone In, an estimated 14,610 individuals were placed into emergency accommodation.

Although this larger figure comprises a broader range of people – including those who had been sofa surfing, people who were newly homeless, and those staying in hostels or shelters where social distancing was impossible – it also highlights that the method used to measure people sleeping rough underestimates the scale of the problem.

The “snapshot” approach that authorities use involves counting people “sleeping”, “about to bed down” or “actually bedded down” in open air places not designed for habitation. It doesn’t include, for example, squatters, people in hostels, shelters or campsites, nor rough sleepers who are not sleeping or aren’t in or close to their bedding.

Using a consistent method across areas over time is useful for monitoring trends. But we can say with some confidence that these snapshot figures don’t give an accurate impression of the number of people in desperate need of accommodation. Now that we’ve identified these people, it’s highly important they’re not lost.

How to make this last

Everyone In was successful because coronavirus meant that rough sleeping transcended its usual status as a social issue. Instead it became part of a population-level public health crisis. The sustained concern about the virus among political leaders created the conditions for finding a quick and effective way of reducing homelessness, with the commensurate provision of resources.

Funding was key. But decentralisation was too. The Ministry of Housing, Communities and Local Government (MHCLG) released £3.2 million to local authorities and left it to them to enact the policy. They were then able to work quickly, flexibly and collaboratively with local organisations to find accommodation (typically vacant hotels) and set up support for residents in those places (such as drug and alcohol and mental health services).

With this in mind, there are some reasons for optimism. In July, the MHCLG announced the Next Steps Accommodation Programme, with £105 million available for councils and their partners to bid for to prevent people from returning to the streets. This followed an earlier announcement that funding from the rough sleeping strategy would be accelerated and increased (to £433 million over four years, a rise of £50 million) to make 6,000 new homes available for those in emergency accommodation.

The appointment of Dame Louise Casey to lead the rough sleeping taskforce is also significant. She has political independence, a firm commitment to this issue and a successful track record, having been appointed as the head of New Labour’s Rough Sleeping Unit by Tony Blair in 1999.

But the future political context is unclear. We don’t know if the political priority for rough sleeping will be sustained over the long term – and there are several reasons why things may get worse.

Stakeholders from our ongoing research into COVID-19 and homelessness at the Centre for Health and Development have told us that they’ve already seen marked increases in rough sleeping since the initial intake of Everyone In. And this is expected to keep rising. The country is entering its worst economic recession in 300 years and measures preventing the eviction of tenants have come to an end, putting an estimated 226,000 renters at risk of homelessness.

Despite an apparent departure from the austerity policies thought to be largely responsible for rising homelessness in England, how the government responds when we are in a severe and long-lasting recession, perhaps compounded by our withdrawal from the European Union, will ultimately determine whether the commitment (political and financial) to end rough sleeping will be sustained.