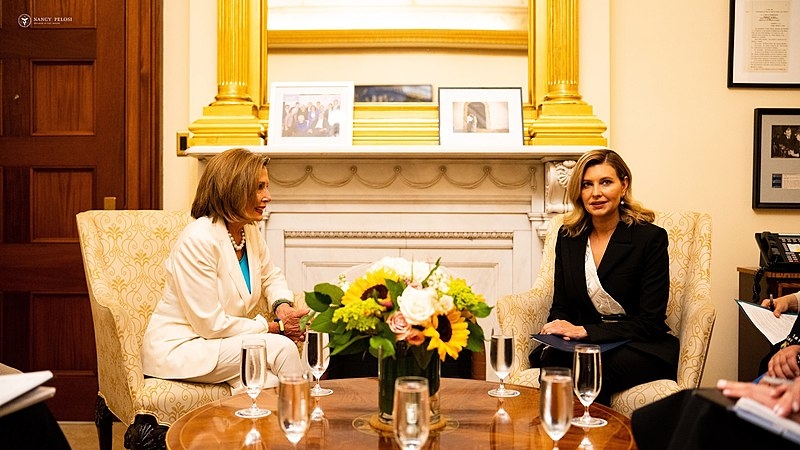 Russia’s invasion of Ukraine is one of the rare moments of strong bipartisanship in a divided US Congress. House Speaker Nancy Pelosi warned Secretary of State Antony Blinken to designate Russia as a terrorist state otherwise, Congress will do so.

Politico reports the warning Pelosi made was during her phone conversation with Blinken earlier this week, according to sources familiar with the matter. Congress gave the Secretary of State the authority to label a country as a state sponsor of terrorism.

However, some in Congress say that it could pass legislation that would make the designation without the involvement of the State Department, which would pressure Russian leader Vladimir Putin.

“There’s no legal reason Congress could not pass legislation to effectively designate Russia as a state sponsor of terrorism,” said a Democratic aide.

“Congress passing legislation is obviously a more complicated route than the secretary making the designation, but it would give the administration the political cover it needs to escalate economic pressure and rhetoric against Putin.”

Back in May, Senators Lindsey Graham and Richard Blumenthal introduced a bill that would make clear the Senate’s stance that Russia engages in acts of terrorism. However, the legislation mainly calls on Blinken to make the designation official.

Both Graham and Blumenthal traveled to Ukraine earlier this month to promote the step with Ukrainian President Volodymyr Zelenskyy, who supported the move by Washington to make the designation on Russia.

Pelosi said Thursday that designating Russia as such was “long overdue.”

Previously, Pelosi was reportedly considering making a visit to Taiwan at a time of tensions between China and the US over the island nation. President Joe Biden said that the US military does not think Pelosi visiting Taiwan is a good idea at the moment.

Biden’s comments about a possible Taiwan visit by Pelosi come a day after the Chinese foreign ministry threatened to issue a response if Pelosi visited the island. However, Biden did not rule out the notion that the top House Democrat should not visit Taiwan.