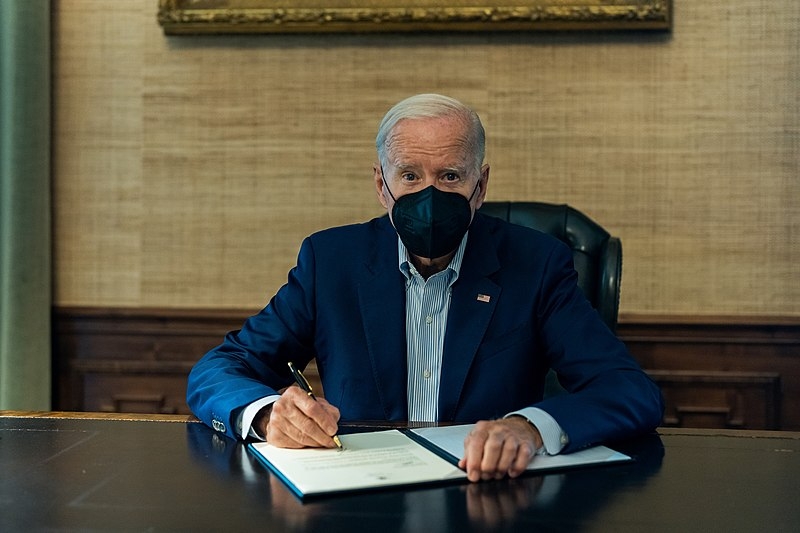 Following the US Supreme Court’s overturning of Roe v. Wade in recent months, President Joe Biden signed another executive order protecting reproductive rights. The US leader signed a second executive order, directing the health department to use Medicaid funds for those travelling out of state to seek the procedure.

Biden signed a second executive order protecting abortion rights Wednesday, once again addressing the Conservative-majority’s Supreme Court decision that struck down a woman’s right to get an abortion.

The order will ask the health and human services department to consider allowing funds in Medicaid to help facilitate those travelling out of state to seek the procedure.

The new executive order also comes a day after voters in Kansas rejected an effort by the GOP-led legislature to remove abortion protections from the state constitution. The vote marked a win for pro-choice advocates in what would be the first statewide test since the high court’s ruling.

Biden also ripped into the Republican Party and the Supreme Court following the signing of the order.

“I don’t think the Supreme Court or for that matter, Congressional Republicans – who for decades have pushed their extremist agenda – have a clue about the power of American women,” tweeted Biden. “Last night in Kansas they found out.”

“Congress must codify the protections of Roe as federal law. And if Congress fails to act, the people of this country need to make their choices heard,” said Biden in another tweet.

Biden also called the result in Kansas a “decisive victory” that sent a message to politicians not to interfere with the fundamental rights of women.

The result in Kansas will also prevent its GOP-controlled legislature from passing severe abortion restrictions in the state. Political commentators initially predicted that the amendment would pass as Republicans generally turn up to vote for the state’s primary elections compared to Democrats in the state.

The final vote was 59 percent in favor of preserving abortion rights while 41 percent voted in support of the amendment.

To note, a statewide survey by the Docking Institute of Public Affairs at Fort Hays State University back in February showed that most residents in Kansas did not support a total abortion ban.