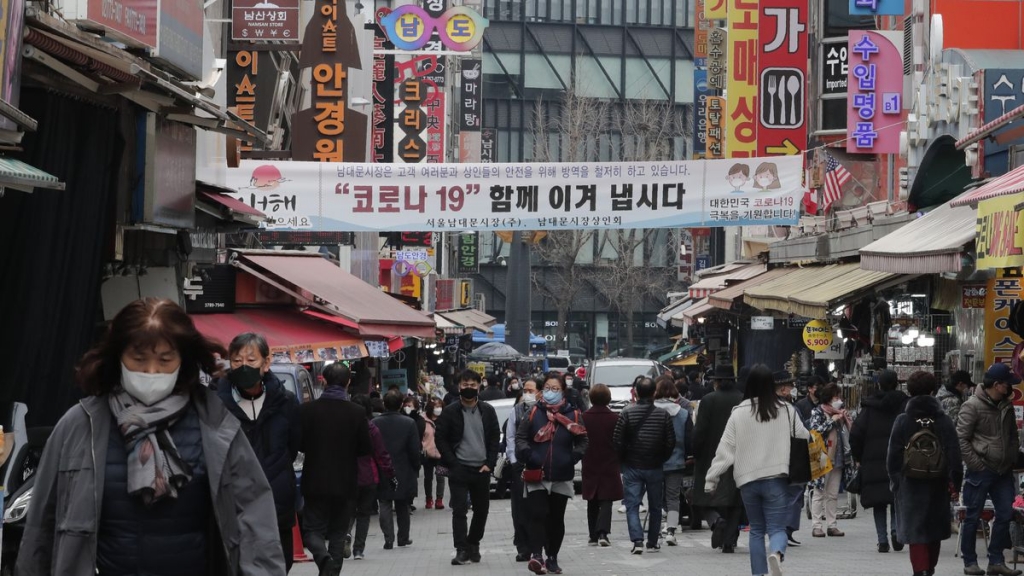 South Korea's economy is expected to grow 3 percent this year and 2.5 percent in 2022, the BOK said.

The Bank of Korea (BOK) will continue monetary easing to prop up an expected modest recovery in South Korea's economy.

According to the BOK, it will pay close attention to household debts and financial imbalances as companies and households take advantage of cheap credit.

South Korea's economy is expected to grow 3 percent this year and 2.5 percent in 2022, the BOK said.

The BOK added that inflationary pressure remained weak as the pandemic weighs on consumer prices, but consumer prices are likely to rise above one percent as the economy recovers at a modest pace.

The BOK also noted that the pandemic will continue to impact economic recovery as it will take time to distribute vaccines worldwide.

South Korea's pandemic-hit economy contracted one percent last year but is now on a growth track with a mild recovery in exports.

Exports rose 9.5 percent in February to US$44.8 billion from $40.9 billion a year earlier on robust shipments of chips. It was the fourth consecutive month of gains.