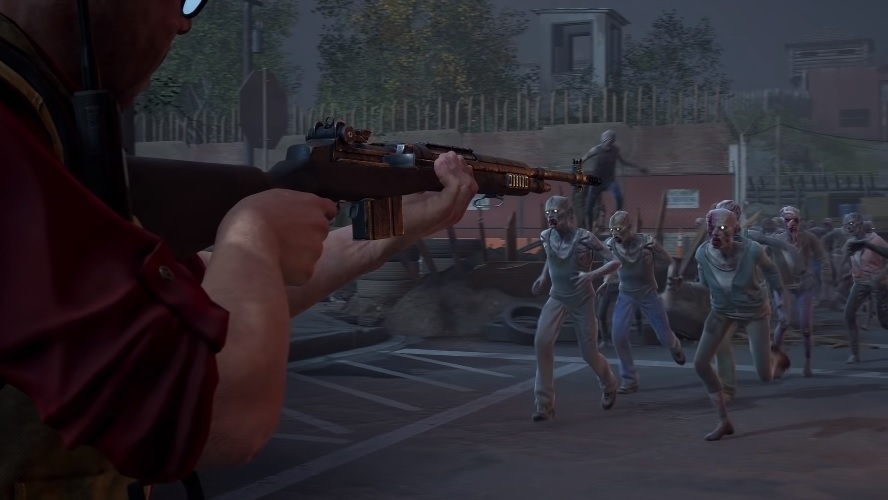 “Back 4 Blood” is officially described as a cooperative first-person shooter game, so it should not be surprising that most of its features are designed to support a multiplayer experience. The game will also offer a Solo Mode, but choosing to play alone currently has a few caveats.

The game is not slated to launch until Tuesday, Oct. 12. But fans who purchased its Ultimate or Deluxe editions came with an early access perk, allowing players to open “Back 4 Blood” on Oct. 8. Thanks to this promo, the rest of the players thinking about getting the game learned that several features are disabled in Solo Mode.

Players with early access to “Back 4 Blood” shared screenshots of the in-game Solo Mode description. The image reveals that maps and missions are “adjusted” in this game mode. It also confirmed that features like matchmaking, player invites, gathering Supply Points, stat tracking, and earning progress for the Accomplishments board are disabled when playing solo. As Reddit user u/QU4NTUM_FLUX puts it, “You are forced to play online to earn anything in this game.”

The Solo Mode description appears to be new information that fans encountered even though developers held beta tests in August. Not surprisingly, fans online were not impressed. Some have commented that the issue may be one of the reasons a number of gamers have been advising against pre-ordering upcoming games. Others also said it seems like the game’s Solo Mode restrictions “penalizes” players who prefer not to join co-op matches.

Turtle Rock Studios has since responded to the complaints, while not promising any specific changes on the “Back 4 Blood” Solo Mode. “We have heard your frustrations about progression in solo mode and are discussing ways to address the issue,” the developer said. “Thank you for your patience and feedback at this time - we'll have more news as we strategize on potential ways to make it happen.”

Those who have not pre-ordered the game can start playing “Back 4 Blood” on Tuesday on Windows PC, PS4, PS5, Xbox One, and Xbox Series X/S. While the limitations implemented on Solo Mode could be a deal-breaker to some, Xbox fans might still want to give the game a chance, especially since it will come to Xbox Game Pass for free at launch.