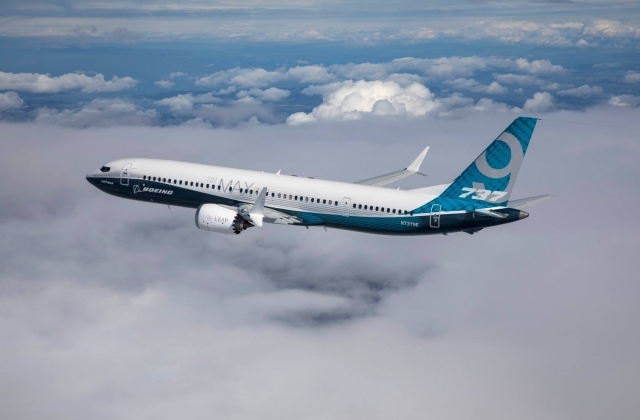 Boeing scored a new order of its 737 Max jets this week as the Dubai Aerospace Enterprise (DAE) was reported to have asked for 15 units from the America planemaker. The purchase was announced on Tuesday, April 20, and the contract is said to worth $1.8 billion.

The transaction between DAE and Boeing

Reuters noted that the order placed by Dubai Aerospace only shows that there is still so much confidence in the jet despite being grounded for almost two years due to safety issues. Airlines and countries are slowly lifting the ban on Boeing 737 Max planes, and the United Arab Emirates is one of those that retracted the ban this year.

Then again, it was mentioned that the orders and deliveries of the 737 Max jets would be posted on Boeing’s website once everything is finalized with DAE. The chief executive officer of DAE also affirmed that it trusts the planemaker and its jets.

"Including this order, we own and manage 162 Boeing aircraft - an increasing number of global aviation regulators are returning the MAX to the skies," CEO Firoz Tarapore said in a statement.

"We are confident in the success of these aircraft as domestic and regional air travel is seeing strong signs of recovery."

The order is said to be Dubai Aerospace’s first direct purchase of 737 Max from Boeing. DAE bought the units to fulfill its goal of modernizing its portfolio for better economic and environmental performance.

It can be recalled that Boeing’s 737 MAX jets were grounded around the world after the series of crashes that happened in 2018 and 2019. All the accidents involved the said plane model, so it was not allowed to fly for a while, and the investigation was ongoing as well.

This year, airlines are starting to lift the ban, and some companies also placed orders for new batches of 737 Max aircraft. DAE is the latest company to buy jets from Boeing.

"DAE has been instrumental in helping its customers realize the operating economics and environmental performance of the 737-8,” Boeing senior vice president of commercial sales and marketing, Ihssane Mounir, said in a press release. “We are delighted that they have come back to add more 737 aircraft to its growth plan as it positions itself for the recovery in commercial passenger traffic."

Finally, Boeing added that it is honored by DAE's trust in the 737 models and looking forward to partnership “to serve the fleet requirements of airlines around the world.