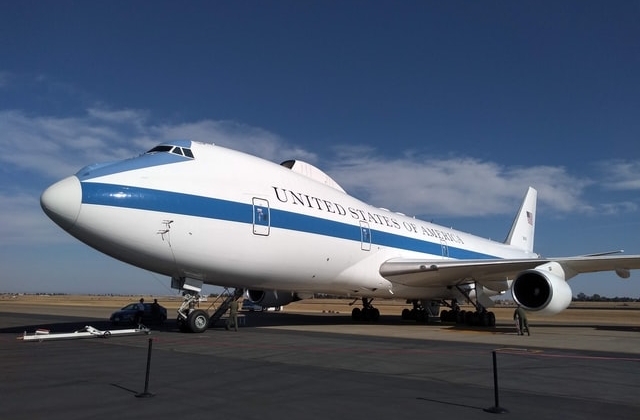 Boeing sued its Air Force One subcontractor, GDC Technic, due to the delay of works that was said to have caused millions of damages to the planemaker. Boeing filed a suit earlier this month and canceled its contract with GDC for allegedly failing to complete the interior works for two Air Force One jets.

It was stated in the complaint that Boeing’s subcontractor is already one year late. The Illinois-headquartered aerospace company signed a contract with GDC to design and do the interiors of two modified 747-8 Air Force One planes that were designated to be used by the U.S. presidents, but Boeing alleged that GDC was not able to fulfill its obligations based on the agreement since it is already behind schedule.

The accused fights back

Now, as it is facing a lawsuit, GDC Technics reportedly filed a case to countersue Boeing. The suit was said to have been brought to court on Friday, April 16, and the Fort Worth-based aviation service provider is seeking $20 million in compensation after the planemaker canceled its contracts for the interior works on the U.S. president’s official Boeing carrier.

Reuters further reported that GDC's counterclaim asserted that it was Boeing's mismanagement of the completion of the Air Force One planes that has hampered the completion of the said aircraft and not the delays caused by GDC as claimed. Boeing was contacted to give comments on the turn of events, but its spokesperson declined.

GDC revealed that Boeing decided to use existing airplanes for the replacement of Air Force One aircraft instead of supplying new planes. GDC stated that Boeing issued false statements, and these damaged its reputation with the Air Force and the global aviation market.

"Because of its problems with engineering, program management, and its own financial difficulties, Boeing has fallen behind in the project schedule for the aircraft. Boeing looked to GDC as a scapegoat to excuse its lack of performance on the aircraft to the United States Air Force," GDC said in its filing.

Boeing received a contract to build two 747-8 planes to be used as Air Force One at the White House. This $3.9 billion contract for the planes came in 2018, and the deadline for the delivery is December 2024.

Boeing then got the services of GDC Technics to design and fix the interiors of the two aircraft, but as mentioned earlier, the company canceled the contracts over delay issues. While the legal battle starts, Boeing said it still plans to fulfill the agreed delivery date, which is three years from now.