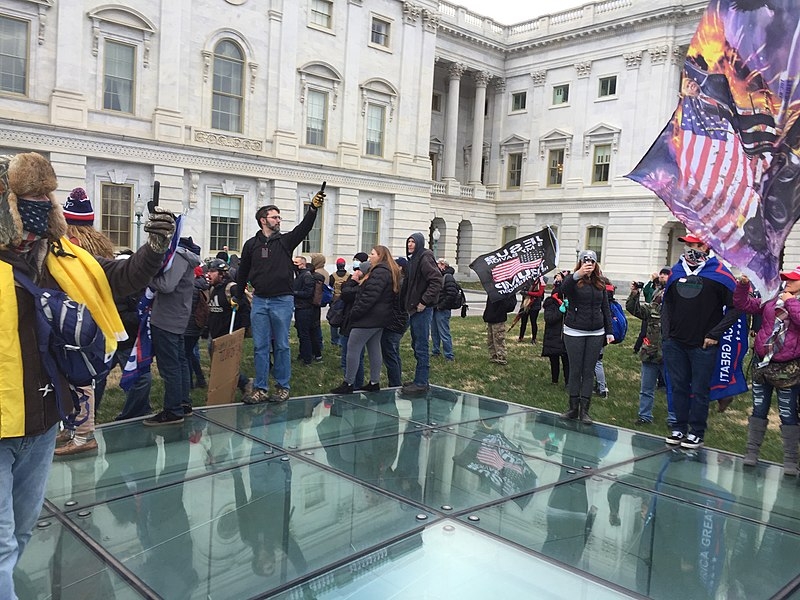 Hundreds of insurrectionists from the Capitol riots on January 6 have already been arrested, and the FBI is still on the search for the hundreds of others that have not been caught. The feds arrested another insurrectionist with ties to the military, which was set to leave for his basic training at the Air Force during the riots.

HuffPost reports that the FBI arrested insurrectionist Aiden Bilyard, known to the online sleuths of “Sedition Hunters” as #HarvardSweats in Raleigh, North Carolina, according to a court filing. Bilyard is facing several charges, including felony civil disorder, assaulting police officers with a dangerous weapon, destruction of government property, entering and remaining in a restricted building with a weapon, disorderly conduct with a deadly weapon, and other misdemeanors.

Bilyard was later interviewed by the FBI at the Lackland Air Force Base in Texas in August.

The FBI used the social media posts of Bilyard’s mother that showed him wearing the same sweatshirt that led the sleuths of Sedition Hunters to identify him in order to make their case against Bilyard for his involvement.

“At the time, BILYARD was attending basic training for the United States Air Force but has since separated from the Air Force and moved back home to Cary, North Carolina,” an FBI agent wrote in the affidavit.

In other related news, the House Committee investigating the insurrection is seeking to obtain records from the Trump White House, including call logs and text messages. A piece by Rolling Stone revealed that several high-profile Trump associates, including organizers of the Stop the Steal rally that preceded the insurrection, made use of burner phones as communication between the rally organizers and former President Donald Trump’s team.

This included the twice-impeached former president’s son and daughter-in-law Eric Trump and Lara Trump, chief of staff Mark Meadows, and campaign consultant Katrina Pierson. The burner phones were used under the direction of Stop the Steal organizer Kylie Kremer, who instructed an aide to purchase three burner phones with cash, saying that this was “of the utmost importance.”