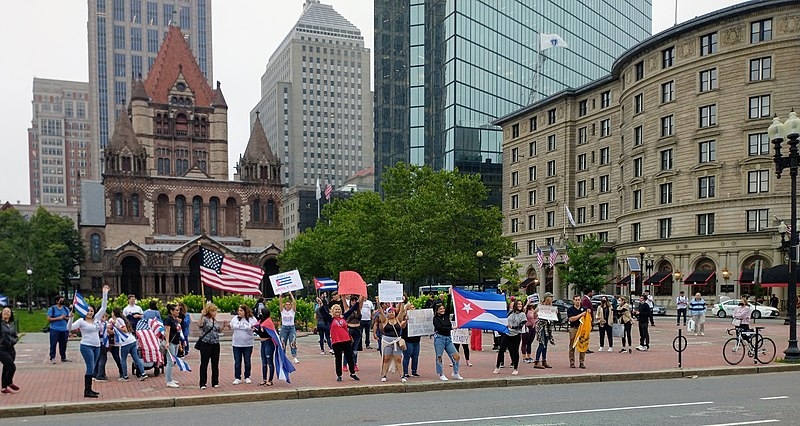 The economic collapse and worsening living conditions have led to widespread protests among Cubans in the country. Following an internet blackout, images have shown the Cuban government’s forces starting its brutal crackdown on protesters.

Images have circulated around social media showing Cuban security forces taking control of the widespread protests through brutal means. Some photos have shown law enforcement beating demonstrators as well as using pepper sprays that also led to arrests. Over 100 people have been arrested and detained in what was the largest protest in the country in decades.

Protesters on the streets have said they are outraged with the country’s economic collapse and its food and medicine shortages, including price hikes that came as a result of the COVID-19 pandemic. Social media posts have shown the protesters calling for freedom and an end to the communist government. Some of the protests have also resorted to violent means, with cars getting overturned and looting in state-owned shops.

“A colleague of mine was arrested. They came to look for him at his home. I’m afraid the same thing could happen to me,” said one protester named Carlos Alberto. “We weren’t doing anything bad. We’re just asking for freedom and with this attitude, they’re showing what they are: a dictatorship. The streets are full of police.”

Government officials in the United States, including US President Joe Biden, have publicly expressed their support towards the protesters. Biden has even urged Cuban leader Miguel Diaz-Canel to listen to the needs of the residents. The request seems to fall on deaf ears as Diaz-Canel now turned the blame towards the US.

Diaz-Canel accused the US of sparking widespread protests all over the country through the trade blockades and sanctions imposed by the previous administration.

“All these processes that we have tried to confront and overcome,” said the Cuban leader in his televised address. “In the face of a policy of economic suffocation to provoke social unrest, have cumulative effects. I believe that the problem we are experiencing have to do with those cumulative processes.”

Diaz-Canel went on to criticize the protesters, accusing them of being subject to a US conspiracy to put out social media campaigns and place “mercenaries” on the ground.