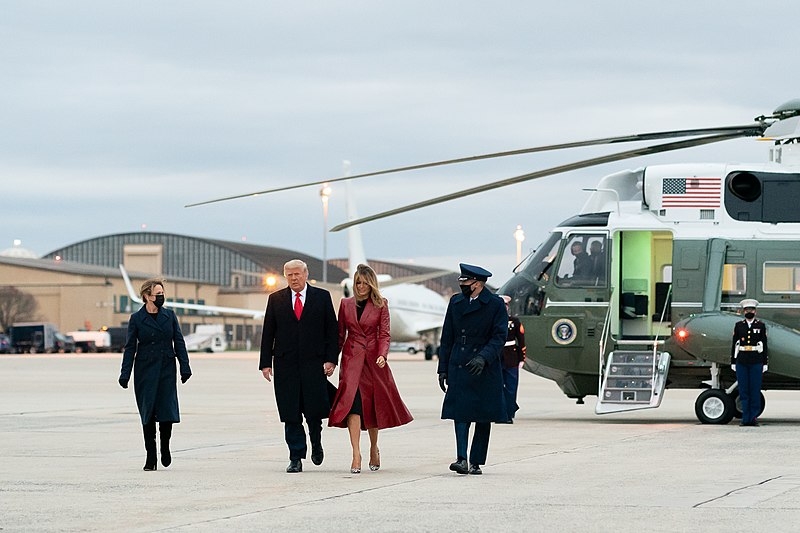 Former President Donald Trump is being touted by his base of supporters in the Republican Party as the party’s nomination for the 2024 elections. However, some Republicans, including Liz Cheney, have expressed no desire to vote for the former president.

Speaking on Fox News Wednesday, the number three Republican in Congress was pressed on whether she would support Trump if he made another presidential bid in 2024. Cheney simply said she would not. The number three House Republican was among the 10 GOP Representatives who voted to impeach Trump following the Capitol riots.

Cheney also delivered a rebuke to the now-former Republican president at the time before she cast her vote to impeach. “There has never been a greater betrayal by a President of the United States of his office and his oath to the Constitution,” Cheney said at the time and has since continued to speak out against the former president.

Despite receiving intense backlash from pro-Trump Republicans in Congress, threatening to strip her from her rank, Cheney received a 145-61 vote defending her. Cheney’s comments also hint at the internal conflicts the Republican party is facing. This is especially as Trump continues to assert his influence over the GOP.

Nevertheless, Cheney defended her decision to impeach Trump Wednesday. The number three Republican explained that the GOP cannot “embrace insurrection” and cannot downplay the events of January 6 despite what many prominent Republicans have been doing in the weeks that followed. Five people were killed when a pro-Trump mob stormed the Capitol during the certification of Joe Biden’s election victory.

Meanwhile, Trump was seen attending a Hawaiian-themed party at his Mar-a-Lago resort hosted by a longtime GOP donor, Dr. Peter Lamelas. At the event, the former president was accompanied by his son Eric Trump and his wife Lara Trump.

The party at the resort was an event that would benefit the non-profit organization Curetivity which aims to assist in the fight against pediatric cancer. The organization has raised $25 million to St. Jude’s Children’s Research Hospital. Dr. Lamelas will also be hosting another fundraiser at the resort on April 24, featuring the former president and other prominent pro-Trump Republicans in Congress.